On June 26th HTC will start offering a new “Nexus experience” version of the HTC One smartphone. It’ll have the same screen, processor, and design as the original HTC One smartphone, but it’ll run a stock version of Google Android 4.2.2 Jelly Bean instead of a custom version featuring HTC Sense software.

That’s good news for fans of Google’s implementation of Android — but what about folks who already bought an HTC One? 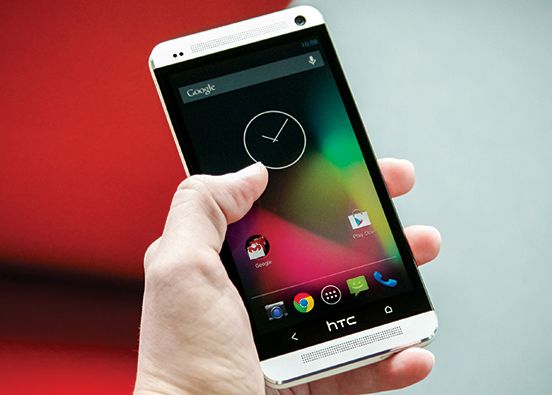 According to The Verge, HTC is looking into ways to let early customers switch to the Nexus experience.

Effectively, that’d mean replacing the firmware on your device with the same software that’ll be available for the new HTC One with Nexus user experience. Hopefully from that point on, users would get software updates directly from Google rather than from HTC.

I suspect there might be a few catches though. Right now you can pick up an HTC One smartphone for as little as $200 when you sign up for a wireless service plan with AT&T or another carrier. But the Nexus experience model will be sold directly through Google Play for $599.

That’s the same price you’d pay to buy a SIM unlocked model with an unlockable bootloader directly from HTC. The company also offers a Developer Edition model for $649.

If you’ve bought one of those unsubsidized models and have an unlockable bootloader, I can’t see any reason HTC wouldn’t let you just install a ROM with Google’s firmware.

But if you signed a service plan with a wireless carrier and paid less money up front, things might be a little more complicated and HTC might have to work out a deal with your wireless carrier before releasing official tools for switching from a Sense experience to a Google experience.

Of course, once HTC starts selling the new Nexus experience version of the HTC One, it probably won’t take long for independent developers to figure out how to run it on other handsets unofficially.

While there are already custom ROMs such as CyanogenMod available for the HTC One, independent developers have been on their own when it comes to finding drivers that work with the phone’s hardware. Things should get much easier once HTC releases a device running an AOSP-based build of Android with full support for every bit of hardware in the device (except for the IR blaster, which Android 4.2.2 doesn’t yet support).