Nokia engineer Oleg Romashin has ported an early version of Firefox OS to run on the Raspberry Pi.

Firefox OS is Mozilla’s upcoming operating system for smartphones and tablets. Like Google Android, it uses a Linux kernel, but Firefox puts a heavy emphasis on the web — all the apps it runs are basically web apps. 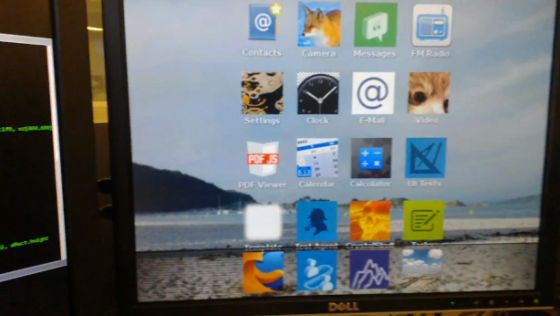 The first phones running Firefox OS aren’t expected to hit the market until 2013. But early builds of the open source operating system are already available for developers to build, test, and write apps for.

What’s interesting about Romashin’s work is that he ported the OS to run on the Raspberry Pi – a $35 computer with a 700 MHz ARM11 processor.

The Raspberry Pi is basically a motherboard with a processor, RAM, USB port, HDMI port, and Ethernet jack, and not much else. You can plug in a keyboard, mouse, and monitor to use it like a desktop PC — which isn’t really the way the Firefox OS touch-friendly user interface was designed to be used.

But what Romashin has shown is that even in its early stages, Firefox OS is capable of running on inexpensive hardware and doesn’t a state-of-the-art mobile processor.

While the overall user interface looks a little sluggish in the video, we can also see some WebGL graphics demos running with speeds as high as 60 frames per second.

If you want to take Firefox OS for a spin on a Raspberry Pi, you can download the latest build with “rasp_pi” in the name from Romashin’s website. Just note that this build is based on Debian Squeezy Linux without an X11 Window system.