You can also install the Google Play Store instead of Amazon’s app store, to effectively turn Amazon’s $299 tablet into a full-fledged Android tablet. 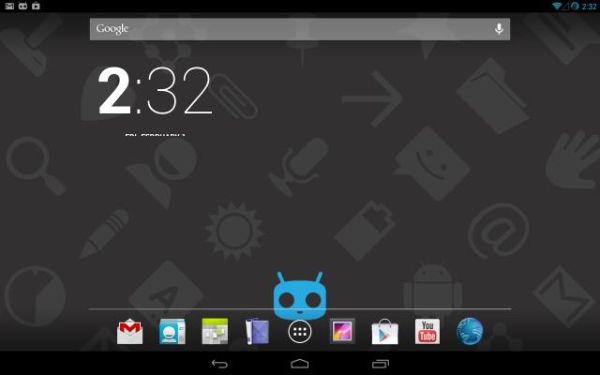 Developer Hashcode has been working to bring CyanogenMod to the Kindle Fire HD 8.9 for months, and now he’s released an initial build — along with the tools to install it.

As you might expect, the process isn’t foolproof. While Hashcode offers step-by-step instructions, there’s a chance that something could go wrong and you could wind up damaging your device (or at least getting stuck in a situation you don’t know how to get out of). So proceed with caution.

As of February 4th, 2013, CyanogenMod 10.1 for the Kindle Fire HD 8.9 is also a bit rough around the edges. WiFi, Bluetooth, video, and hardware-accelerated graphics all work. But audio does not. The camera crashes. And Bluetooth isn’t fully functional yet.

In other words, don’t install CM10.1 on your Kindle Fire HD 8.9 yet if you want a fully functional tablet. But if you want to poke around or help troubleshoot the software, you can find instructions here:

Note that so far the software has only been tested on the WiFi-only version of the tablet, not the Kindle Fire HD 8.9 4G LTE.

Hashcode has also released a 2nd-bootloader for the Kindle Fire HD 7 — but CyanogenMod for that tablet is still a work in progress. 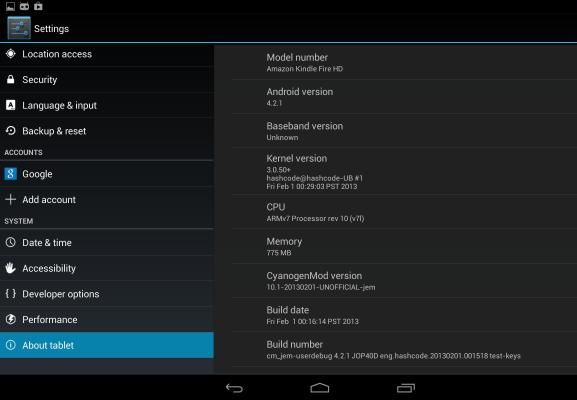