And recently the company showed off a new foldable grayscale display that could be used for eBook readers that fold up… like a book. 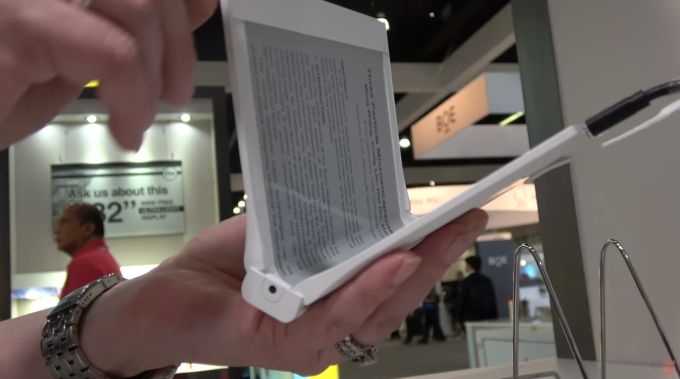 While there aren’t any products currently scheduled to ship with the new foldable display, E Ink says it’s ready to start mass producing the screen once it lines up customers.

The display is a 10.2 inch E Ink Carta Mobius display with 220 pixels per inch. It uses plastic rather than glass, which allows it to fold almost in half (although there is a bit of a gap where the device actually folds.

For the most part, the new foldable display looks just like any other E Ink screen, but the demo version does appear to have a somewhat glossy finish, which might make it hard to see in some lighting conditions.

The 7 color options are dark blue, cyan, red, green, yellow, brown, and black. Like other E Ink displays, they use bi-stable ink technology, which means they can show a static image indefinitely without drawing any power, and they’re reflective, which means they don’t need any illumination to be easily visible in direct sunlight. 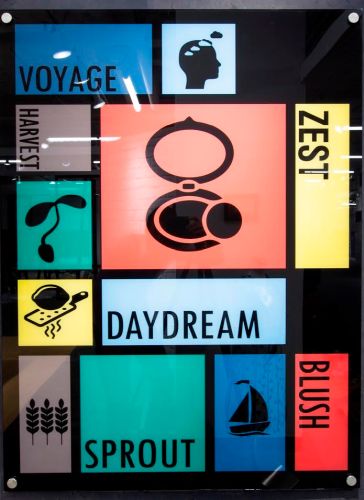 2 replies on “E Ink demos a foldable 10.2 inch display, among other things”