Budget tablet maker E Fun has announced that its next model will be a low cost 7 inch tablet featuring Android 4.0. The most interesting thing about the new E Fun Next 7S is its price: It will cost just $129.99.

Just don’t expect a top notch experience for that price. 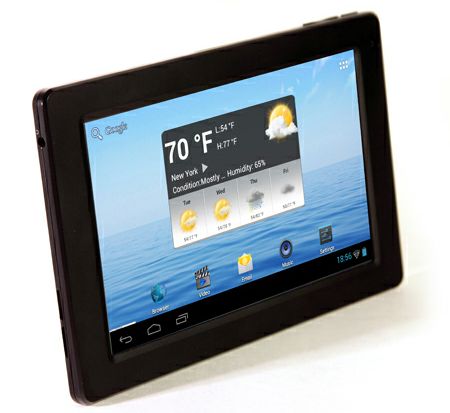 While the Next 7S does run Google’s latest mobile operating system, this isn’t a Google certified device. That means it ships with the GetJar App Store instead of the official Google Play Store. It will also come preloaded with the Barnes & Noble NOOK eBook store.

The E Fun Next 7S does have a few features that you didn’t always find on older bargain tablets including auto-rotation, a G Sensor, and multitouch display. It also has a microSD card slot and support for Adobe Flash Player 11.

The tablet has a 1 GHz single core processor and an 800 x 480 pixel display. If you’ve bought an Android phone in the last year or two it probably has at least that many pixels on a much smaller screen.

In other words, you can use the Next 7S to surf the web, read eBooks, or perform other activities. But you’ll have a much better experience if you spring for a tablet with a higher resolution display such as the Amazon kindle Fire, NOOK Color, or NOOK Tablet.

While Amazon’s one-day $139 sale on refurbished Kindle Fire tablets is over, you can still pick one up for $169

and get a much better screen.

Or if you want a microSD card slot and microphone, Barnes & Noble is selling refurbished NOOK Color models for as little as $149.

It’s nice to see companies offering dirt cheap Android tablets. But even for $130, I’m not convinced that the E Fun Next 7S is worth the money.