Budget Android tablet maker E Fun is branching out into Windows tablets. The E Fun Nextbook 10.1 Windows tablet features an Intel Atom Bay Trail processor, a 1280 x 800 pixel IPS display and a detachable keyboard that lets you use the system like a notebook.

It’ll sell for $179 when it hits Walmart in mid-November. Pre-orders begin October 23rd. The 2-in-1 tablet should also be available at Sam’s Club starting in Decembers. 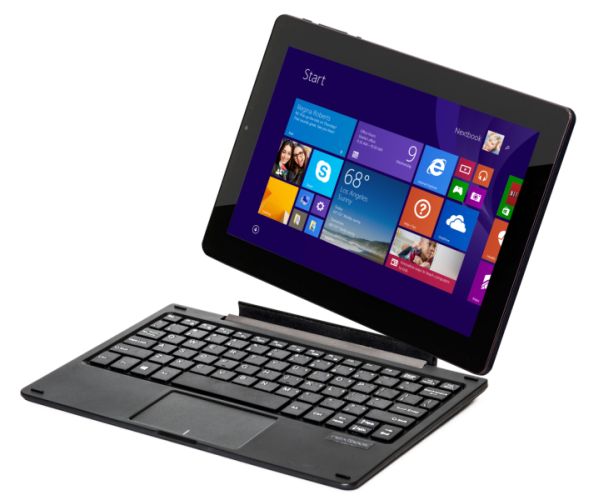 Nextbook is known for offering cheap hardware, not necessarily high-quality hardware. So don’t expect miracles from this $179 convertible tablet. It has just 1GB of RAM and 32GB of storage, and an Intel Atom Z3735G processor.

But it runs Windows 8.1 software which means that you can use tablet-style apps from the Windows Store or desktop-style Windows apps. Like many other recent low-cost Windows tablets, it comes with a 1-year subscription to Microsoft Office 365 Personal which includes 1TB of OneDrive cloud storage.

All told, the Nextbook 10.1 Windows tablet is a lot like the Asus Transformer Book T100 or Acer Aspire Switch 10 except that this model has less RAM, a slower processor, and a slightly lower-resolution display than those 2-in-1 tablets. On the other hand, it’s cheaper.