The new Dynabook V8 is a convertible notebook with a 13.3 inch full HD IGZO touchscreen display, a 360 degree hinge that lets you switch between laptop and tablet modes, and a compact design: the notebook measures 0.7 inches thick and weighs just 2.2 pounds.

But it packs plenty of horsepower thanks to an Intel Core i7-1165G7 Tiger Lake processor with Intel Iris Xe graphics.

The laptop will be available in Japan later this month, but there’s no word on if or when it will reach other countries. 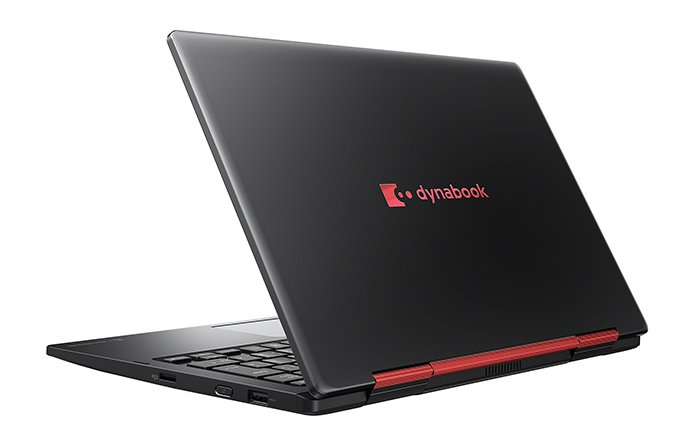 The Dynabook V8 has 16GB of LPDDR4x RAM soldered to the motherboard (it’s not upgradeable), and a 512GB SSD. It has two Thunderbolt 4 ports, an HDMI port, a USB 3.1 Gen 1 Type-A port, a headset jack, and a microSD card reader.

Other features include an 86-key backlit keyboard, an active pen for pressure-sensitive input, Harman Kardon stereo speakers with support for Dolby Atmos sound, a 1MP webcam, and support for WiFi 6 and Bluetooth 5.1.

Previous-gen versions of this laptop shipped with 12.5 inch displays, but this year Dynabook shrunk the display bezels in order to equip the notebook with a 13.3 inch screen without changing the overall size of the laptop.

Laptops tend to be expensive in Japan, and the Dynabook V8 is no exception. It’s expected to sell for about $2,100. If and when the notebook is sold in other markets I’d expect it to be a bit more affordable.

There’s also a slightly more affordable model called the DynaBook V8 which has the same design, but which features an Intel Core i5-1135G7 processor, 8GB of RAM, and 256GB of storage. It’s expected to sell for about $1815 in Japan.

via PC Watch and PHILEWEB

One reply on “Dynabook V8 is a 2.2 pound convertible laptop with Intel Tiger Lake”