Samsung appears to have won the latest round in its tablet-tastic legal battle with Apple. A Dutch court has ruled that Samsung’s 10 inch tablet isn’t an iPad 2 clone — or at least not enough of one to prevent Samsung from selling the tablet in the Netherlands… for now. 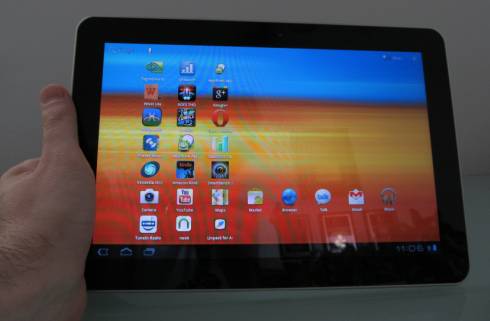 Apple had been seeking a preliminary injunction which would ban Galaxy Tab 10.1 sales in the Netherlands. In August a court decided against issuing the injunction, and now an appeals court has upheld that decision.

This is just the tip of one of many icebergs in the legal battles between these two companies thought. A German appeals court is expected to issue a ruling in another injunction case next week, and next month we should see a ruling in a case over a preliminary injunction against the Galaxy Tab 10.1N in Germany — a new version of the 10 inch tablet designed specifically to get around a court ruling banning sales of the original Tab 10.1.

In other words, this probably won’t be over anytime soon… and the odds of Apple and Samsung coming to the sudden realization that they’re only picking on one another because they’re truly in love with one another are looking increasingly slim.