Razer’s three-screen notebook never made it past the concept phase, but these days multi-screen laptops are becoming a reality… sort of. The upcoming Lenovo Yoga Book 2 and Asus Project Precog both have two displays: but one is where you’d normally find the keyboard.

While it’s easy to us multiple monitors side-by-side with a desktop computer, it’s a bit trickier to do it on the go with a laptop. Sure, you could buy a portable USB monitor, but good luck balancing that and your notebook on your lap at the same time.

DUO is designed to give any laptop a secondary screen… and to make it feel like it’s truly part of the laptop and not just some gadget plugged in and set off to the side. It’s not the prettiest solution. It’s not dirt cheap. And it’s not quite available yet. But it seems like a promising idea for folks who are looking for an alternative to the 2008-era Lenovo ThinkPad W700ds (the last truly dual-screen laptop I could find). 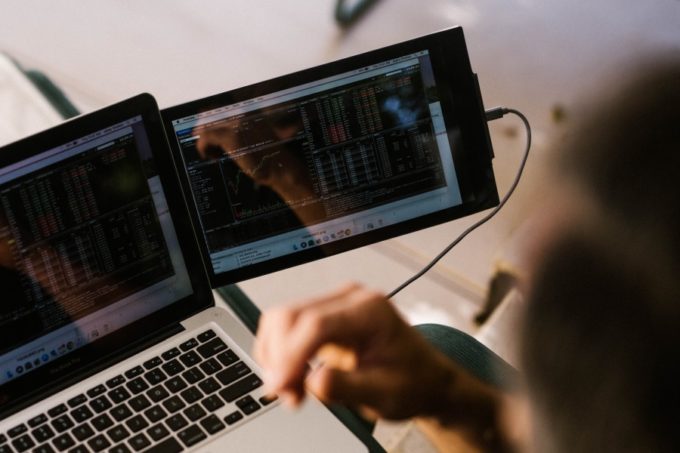 The DUO is a 12.5 inch, 1920 x 1080 pixel IPS display that connects to a computer via a USB port. But it also includes a magnetic mounting system that lets you attach the display to the lid of your laptop so that you can slide out the screen when you need it and tuck it away behind the primary display when you don’t.

It’s up for pre-order through a Kickstarter campaign, and the DUO is expected to ship in January if the campaign meets its $35,000 crowdfunding goal. Early backers can reserve one for $159, which is said to be 30 percent off the full retail price (which means DUO will probably eventually sell for about $225).

The display is said to be compatible with Windows, Mac, Linux, Android, and Chrome OS and it measures about 12.8″ x 8.6″ x 0.5″ and weighs about 1.5 pounds. You’re probably not going to want to attach it to an ultralight laptop, because the DUO would probably make it fall over. But theoretically it should work with any laptop with a lid large enough to attach the DUO at the back.

It comes with enough magnetic adhesives to set up two different laptops to support the screen, so you can swap it between devices. And you can decide whether the screen slides out from the left or right side of your computer.

While it has a USB Type-C port, there’s also a USB Type-A adapter in case your PC doesn’t have Type C ports.