YotaPhone is launching its third dual-screen smartphone. the Yota 3 was officially unveiled in China today, where the device will be available for purchase soon for about $560 and up. 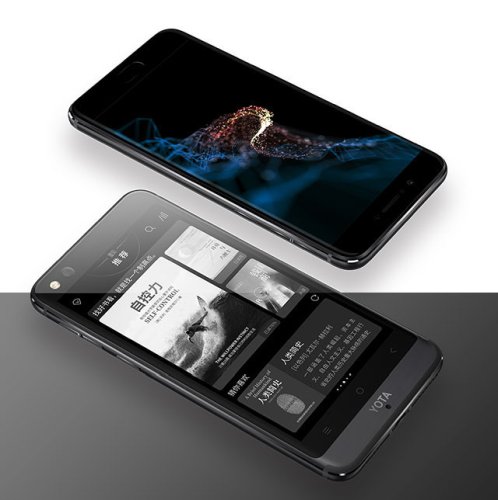 Both versions are expected to be available from Chinese internet retailer JD.com starting September 26th.

The Yota 3 has a fingerprint sensor, a 12MP rear camera, a 13MP front camera, and a 3,300 mAh battery with support for fast charging. The phone support dual SIM standby.

While YotaPhone is based in Russia, the company ran into financial problems a few years ago before receiving funds from a Hong Kong-based investment firm, which could help explain why the Yota 3 is launching first in China. There’s no word on if or when it will be available in other regions.

via GizChina, Sohu, and xcnnews

One reply on “Dual-screen Yota 3 smartphone launches in China”