The MK802 Android 4.0 Mini PC is a nifty little computer with an Allwinner A10 processor, 512MB to 1GB of RAM, and 4GB of storage. But unlike most Android devices, it doesn’t have a display or touchscreen.

Instead, you’re expected to use the USB and HDMI ports to plugin a keyboard, mouse, and monitor. But there’s another option: You can use your Android phone or tablet as a remote control. 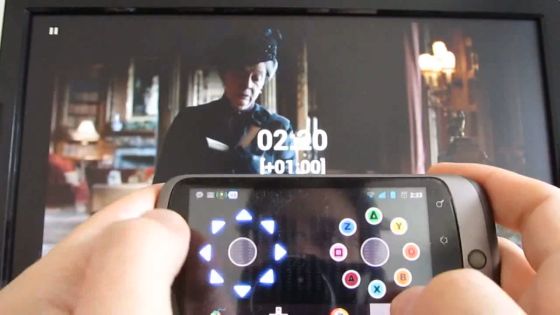 Out of the box, I’ve found that most of the remote control apps available from the Google Play Store are of limited use, at best. But the developer of an app called DroidMote discovered that there’s a way to tweak the MK802 software so that you can use DroidMote as a remote control for the Android computer.

All you need is an MK802 and an Android phone or tablet connected to the same WiFi network.

Installing DroidMote on the MK802

Basically you need a kernel with the uinput module included — something the default firmware for the MK802 doesn’t have. But don’t worry if you don’t know how to modify a kernel yourself. DroidMote developer zulu99 has compiled a custom version of the MK802 firmware which includes uinput.

All you need to do is download the mk802-image-for-droidmote.img file from the Miniand forum and then follow our step-by-step instructions for flashing firmware to the MK802, using the custom image instead of the original firmware.

Once you’ve done that, you can install the free DroidMote Server app on your MK802 and then buy the DroidMote Client app from the Play Store for about $2.54. This is the app you run on your phone or tablet.

You can test any paid Android app for 15 minutes and then “return” it for a full refund if you’re not satisfied, so you have a few minutes to play with DroidMote before you have to pay for the Client app… but $2.50 really isn’t a bad price for a remote control.

In order to use DroidMote you’ll first need to fire up the Server app on your MK802 and press the big button in the center of the screen to turn it on.

DroidMote Server will show an IP address once it’s online.

Next open the DroidMote Client app on your phone or tablet and enter that IP address. After a moment, you should see a note letting you know that your device is connected.

Now you can drag your finger across the surface of your Android phone or tablet to move an on-screen cursor on the MK802. Tap your mobile device to tap an icon on the MK802. 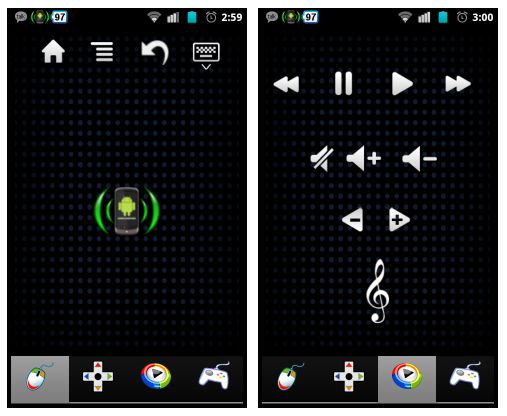 Overall the app work quiet well, but there are a few things to keep in mind. First, some apps and games that are really designed for direct input from your fingers might be hard to use with a remote control.

I also found that after a period of inactivity, the DroidMote Server app closed itself and my connection was lost. I had to restart the app in order to continue using DroidMote.

So this might not be the best solution if you’re planning on sitting back on the couch and watching a long movie on your MK802. When it comes time to hit the pause button, there’s a chance nothing will happen.

You can pick up an MK802 or similar Android 4.0 Mini PC from AliExpress for around $80 or less.