After years of development, the team working on the Dragonbox Pyra handheld Linux gaming computer have finalized the design. That means the next step is to thoroughly test the hardware for reliability and then apply for CE and FCC certification.

If all goes well, mass production could begin soon, and the Pyra could begin shipping to backers who have pre-ordered the 500 Euro device.

Of course, there’s always a chance there will be delays. There have been plenty since the Dragonbox Pyra was unveiled in 2014… and since it went up for pre-order in 2016. 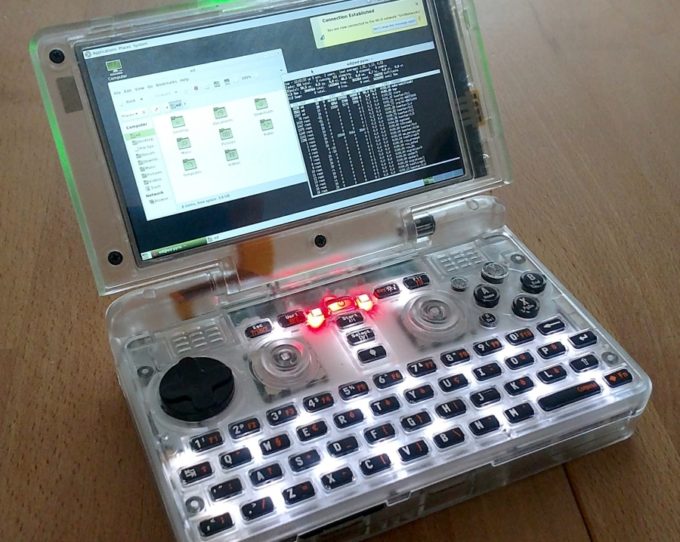 In fact, in the time since pre-orders opened, Chinese device maker GPD has shipped the GPD Win, GPD Win 2, and GPD Pocket handheld computers and the company is now running a crowdfunding campaign for the Pocket 2.

But there are some important differences:

The little computer also has a few features which are pretty distinctive even after multiple delays. There are dual SDXC card slots instead of the usual one, for example. And the keyboard is backlit.

Still wondering why anybody would still want to spend 500 Euros (~$585) on a computer with a 6-year-old processor in 2018? I spoke with EvilDragon in 2016 for an episode of the LPX podcast. He described some of the things that make the Dragonbox Pyra unique… and many of them still apply even now that GPD and other companies are producing handheld computers.