Before there was Kickstarter, before there were iPads, and before the smartphone market has really even taken off, there was the Pandora. It was designed to be a Linux-powered handheld computer which could be used for gaming and other tasks… but the crowd-funded project was plagued with shipping delays, which left a bitter taste in some people’s mouths. 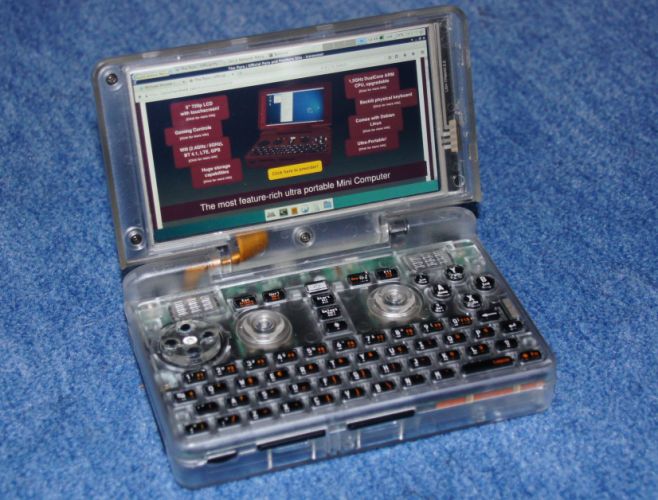 Michael Mrozek certainly seems to think so. And so to a number of other people: Two days after he started taking pre-orders for the new DragonBox Pyra, enough people had placed orders to fund the production of 700 units.

Mrozek, who also goes by the nickname, EvilDragon, spoke with me for the latest episode of the LPX Show.

700 units may seem like small potatoes compared to the millions of phones or tablets a company like Apple or Samsung makes. But the DragonBox Pyra is the kind of niche device that will probably never be made by a company like Apple: it appeals to a small set of geeks who value open source software and open hardware designs and are willing to pay a premium price for a versatile, hackable mini computer.

The DragonBox Pyra is priced at 500 Euros (about $575), although if you place a pre-order you’ll only be billed for 330 Euros and given a voucher you can use toward the purchase of a Pyra once the product is ready to ship.

Sure, you could buy a phone, tablet, or laptop for that price… but Mrozek says that’s kind of missing the point. You can find out what he thinks the point is, by listening to the podcast.

You can also subscribe to LPX in iTunes, Google Play, Stitcher, or the podcast app of your choice to make sure you don’t miss an episode.

And if you want to help support the podcast, please consider making a contribution to our Patreon campaign.