The DragonBox Pyra is a handheld computer with a 5 inch display, a TI OMAP 5 processor, a QWERTY keyboard and built-in game controllers. Designed to be a hackable, open hardware device, the little PC ships with Debian Linux but supports alternate operating systems, and you can use the Pyra as a general purpose computer or a portable gaming machine.

After years of development, the first DragonBox Pyra handheld computers are now being assembled and shipped to the first customers who placed pre-orders… although it might take a little while before all pre-orders are filled and the team behind the Pyra is ready to begin shipping units to customers who place new orders today. 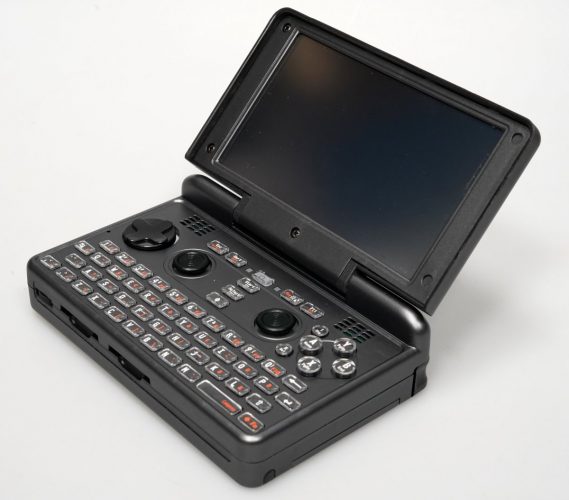 Some of the computer’s hardware looks a little dated for a device that won’t arrive on doorsteps until early 2021, particularly the Texas Instruments OMAP 5432 processor, which is a dual-core ARM Cortex-A15 chip with PowerVR SGX544-MP2 graphics that was first launched in 2013.

But there’s really nothing else quite like the DragonBox Pyra on the market.

It bears a superficial resemblance to handheld gaming PCs like the GPD Win 2, but while some hackers have managed to get Ubuntu and other open source operating systems to run on GPD computers, the Pyra is designed to run GNU/Linux software, has hackable hardware and software, a user replaceable battery, and even the design schematics are available for download.

It also has more ports than you’ll find on most handheld computers, including:

The system can be configured to boot from the internal microSDXC card as well as eMMC, allowing you to easily run multiple operating systems. 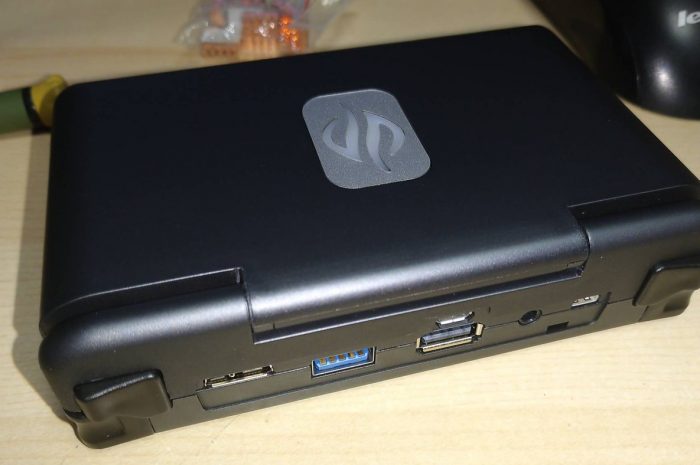 Other features include 4GB of RAM, 32GB of eMMC storage, an adapter that allows you to connect SATA storage to a USB port, a backlit keyboard, game controllers with dual analog sticks, a D-Pad, four shoulder buttons, and 6 face buttons, a 6,000 mAh battery, configurable LED notification lights, a built-in microphone (but no webcam), stereo speakers, and a vibration motor.

The DragonBox Pyra has a 5 inch, 1280 x 720 pixel LCD display with support for resistive touch input (you can use a passive stylus, fingernail, or fingertip, but the screen won’t be as sensitive to finger touch as the capacitive displays used on most smartphones).

It supports 802.11a/b/g/n WiFi and Bluetooth 4.1, and there’s optional support for a cellular modem with support for 3G and 4G wireless networks and GPS. 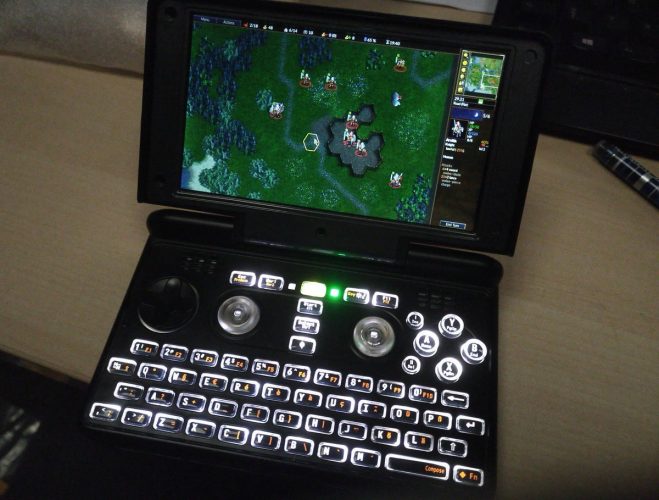 Developed by a team led by Michael Mrozek (EvilDragon), the Pyra is something of a spiritual successor to the Pandora handheld Linux gaming computer that was released ten years ago, which Mrozek was also involved with.

The new model’s processor, wireless capabilities, and some other features may look a little anemic by 2020 standards, but they’re a big step up from the Pandora, which featured a TI OMAP3530 processor, an 800 x 480 pixel display, just 256MB of RAM and 512MB of built-in storage, and topped out at 802.11g WiFi and USB 2.0 speeds. 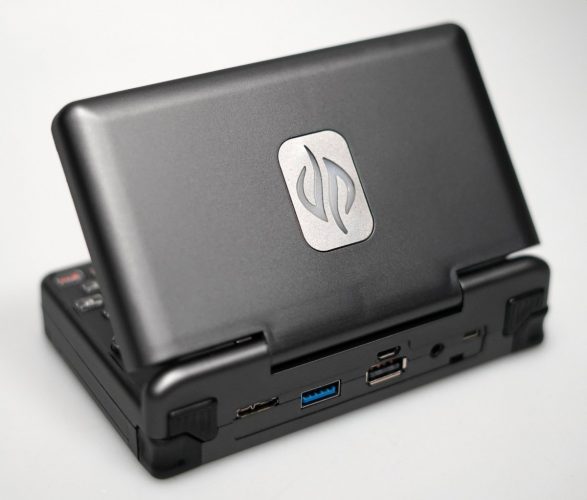 It’s also worth keeping in mind that while the Pyra is available for purchase, it’s a niche device that’s designed for open hardware enthusiasts and might not be the best fit for everyone. Part of the reason it’s taken four years to take the Pyra from concept device up for pre-pre-order to shipping product is that there’s a small team responsible for designing and testing the hardware and software and working with manufacturers capable of producing small batches of hardware at reasonable prices.

You can find pre-order information at the DragonBox Pyra web store, or read about the assembly of the first few hundred units in the Pyra forum. 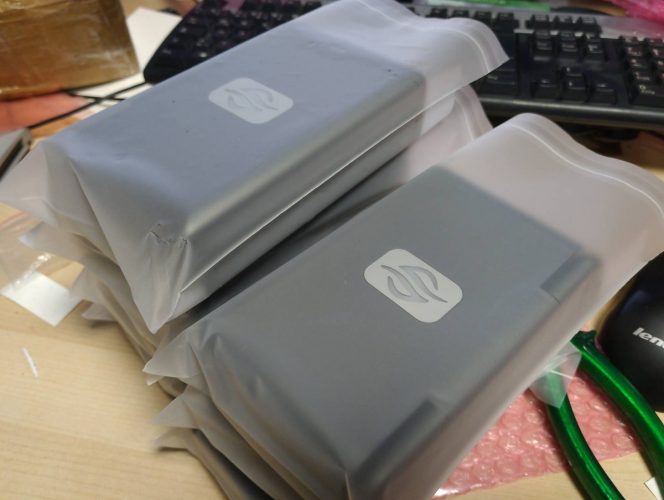