The folks at Square Enix never seemed to get the memo that mobile games are supposed to be cheap, because while the team’s Final Fantasy and Chrono Trigger games for Android and iOS are certainly cheaper than console titles, at $16 and $10, respectively, they’re among the most expensive games you can find in the Play Store or App Store.

They’re also some of the most detailed, offering dozens of hours or role-playing game play since these are basically mobile ports of full-fledged console games developed for Nintendo, Super Nintendo, or Nintendo DS systems.

Now Square Enix is upping the game with the launch of Dragon Quest VIII for mobile. The game was originally released in North America in 2005 as a Playstation 2 title, and it’s now available for Android or iOS… for $20. 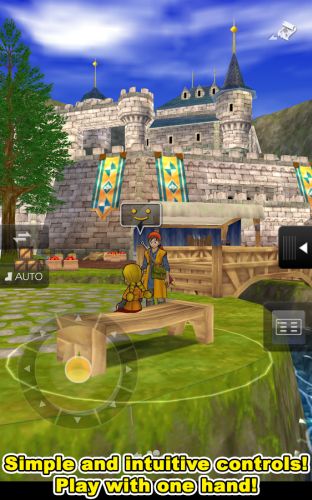 That’s a lot of money for a mobile game, but this isn’t really a mobile game. It’s a PS2 game that’s been ported to mobile. It has 3D graphics, well developed characters and plot lines, and reviewers say it offers up to a hundred hours of game play if you complete all the side-quests.

Dragon Quest VIII for mobile is basically a direct port of the Japanese version of the game. Text has been translated, but there’s none of the voice-over or orchestra music available from the US version of the PS2 game. Still, the game comes in at over 1.4GB, so it’s likely that the game would take up even more precious disk space on your phone or tablet if the extra audio files were included.

One of the oddest things about this port is that it seems to have been designed more for phones than tablets: the game is played in portrait mode rather than landscape. That could make it tough to play on a 10 inch or larger tablet, but shouldn’t really be a problem on a 7 inch or smaller screen.

via Android Police and Touch Arcade