When it was first released in 1993, Doom was designed for computers running MS-DOS software. But game developer id Software later released the source code, and Doom has been ported to run on all sorts of other platforms, including some very surprising devices.

One of the latest, most impressive examples? You can run Doom on a smart light bulb… kind of. 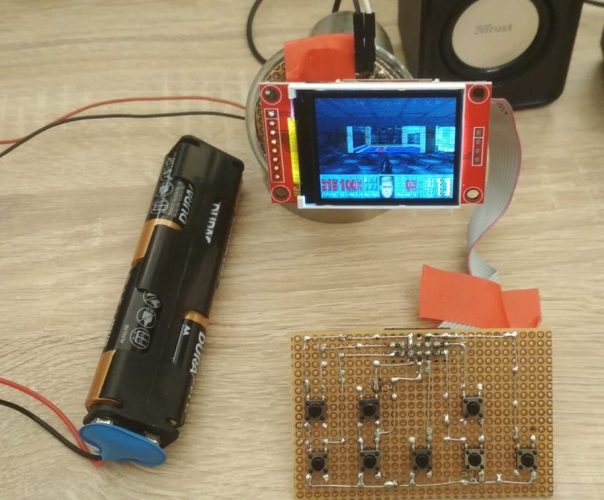 As documented in an article at next-hack, developers found an Ikea TRÅDFRI LED smart bulb featuring by a microcontroller with enough horsepower to handle the first-person shooter. But the developers had to pare down the software’s memory requirements and add a bit of external hardware to complete the project. Still, the end result is DOOM running on a system powered the beating heart of a light bulb.

In other words, an $18 light bulb today has processing power that’s roughly equivalent to what you’d have gotten from a $1,000 PC three decades ago… at least for some tasks.

That said, it takes a lot of work to actually get the game up and running on the smart bulb’s hardware.

Update: The next-hack article, GitHub repository, HackADay.io project, and YouTube video have all been removed for some reason, but you can see what the website previously looked like via the Internet Archive. Liliputing’s original article continues below.

The lamp has an 80 MHz ARM Cortex-M33 processor with 108 kb of total memory and 1MB of flash storage. That’s not enough RAM for most ports of DOOM, so the developer had to heavily modify the source code in order to make a version of the game that’s playable on the hardware. And since there’s not enough storage space for the game files, some external storage had to be added.

Of course, the lamp also doesn’t have a display or input device. So the team had to crack open the bulb, extract the microcontroller board, connect it to a DIY breakout board, and use that to attach a homemade game controller and a 1.8 inch, 160 x 128 pixel display.

The end result is a fully playable, if not particularly pretty, version of DOOM running on the beating heart of a light bulb. 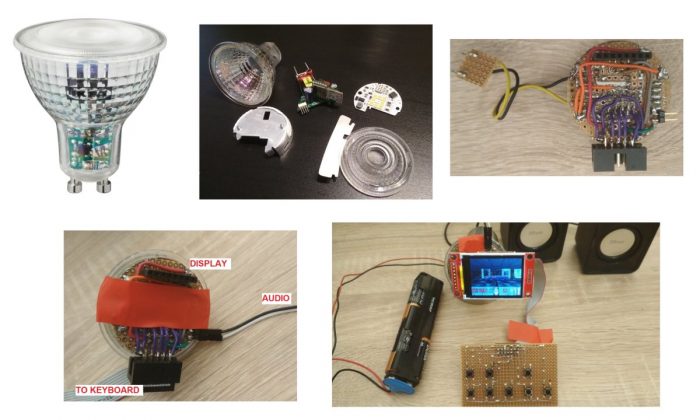 Unfortunately you pretty much have to demolish the light bulb itself to get the game up and running. Transforming it into a small, cheap game console is pretty cool. But it also means that you probably won’t be using your light bulb to illuminate your home anymore.

You can find more details about the whole project at GitHub, the Next-Hack website, and HackADay.

via Hacker News and /r/itrunsdoom