The Doogee T10 is a cheap Android tablet with a 10.1 inch FHD+ display, an aluminum body, a Unisoc T616 processor, and 128GB of eMMC storage plus a microSD card reader for up to 1TB of removable storage.

Available from AliExpress for $116 during a launch sale, the tablet has one unusual spec that stands out: while the Doogee T10 has 8GB of LPDDR4 memory, the company claims it actually features 15GB of “extended RAM.” 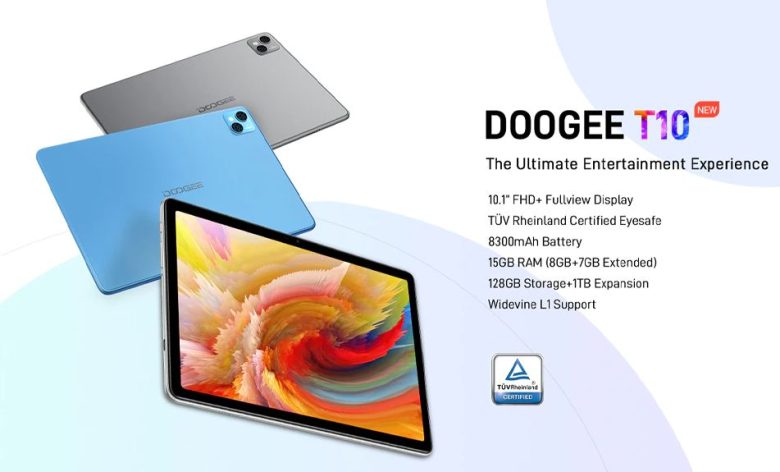 In a nutshell, what this means is that the tablet allocates some of its eMMC storage for use as RAM. This is… an interesting choice.

Laptop and desktop computers have long been able to use storage as virtual memory. But there are down sides to using storage in this way. First, RAM is typically much faster than a hard drive or SSD. That means that while this tablet might try to act like it has 15GB of RAM, it will probably run more slowly than a model with similar specs that actually has that much memory.

And second, SSDs and other forms of flash storage also typically have an upper limit of write cycles. While you’re unlikely to reach that limit anytime soon when using a tablet’s eMMC flash storage for apps, media, and documents, using it as virtual memory increases the chance that you could wear down the flash storage much more quickly.

There are reasons for using virtual memory in a PC. RAM is typically more expensive than storage, and if you have a PC with just 4GB or 8GB of memory, for example, virtual memory can be a life saver when trying to run applications that demand more memory than your system actually has. But it’s no replacement for actual DDR or LPDDR memory.

And it’s not like we haven’t seen Android phones and tablets with 16GB or more of memory. They just don’t tend to be as cheap as the Doogee T10.

All told, I can’t decide if this tablet with 15GB of “extended memory” is just a marketing gimmick to make an 8GB tablet seem more attractive… or if it’s a genuinely bad idea to offer extended/virtual memory in an Android tablet at all.