There are phones on the market with 4GB of RAM. And there are phones with 2560 x 1440 pixel displays. But Chinese smartphone maker Doogee is one of the first companies to announce a phone with both of those features.

The Doogee F3 Ltd features a 5 inch display, a Qualcomm Snapdragon 810 processor, and other premium specs. 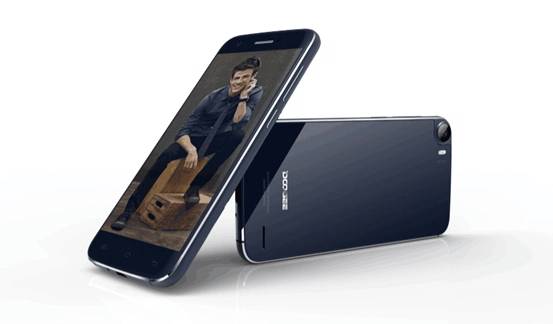 Other features include a 21MP Sony IMX230 rear camera, an 8MP front-facing camera, a 3100 mAh battery, and 32GB of built-in storage.

The processor might be cause for some concern: the Snapdragon 810 chip has been known to have thermal issues that can lead to CPU throttling. But it’s still faster than the chips that power most mid-range smartphones… and with a price tag of around $350, the Doogee F3 Ltd certainly seems to qualify as a mid-range phone, even though it has high-end specs.

GizChina reports the smartphone should be available in China in October.

Looking for something slightly less impressive that will be available a little sooner? The Doogee F3 (non-limited edition) is expected to launch in August. It has a 5 inch, 1920 x 1080 pixel display, a MediaTek MT6753 64-bit octa-core processor, a 13MP rear camera, and an 8MP front camera.