While it’s nice to imagine what Windows 8 would look like on a tablet like the HP TouchPad, the truth is that you probably won’t be able to install Microsoft’s upcoming operating system on any existing tablets with ARM-based processors. 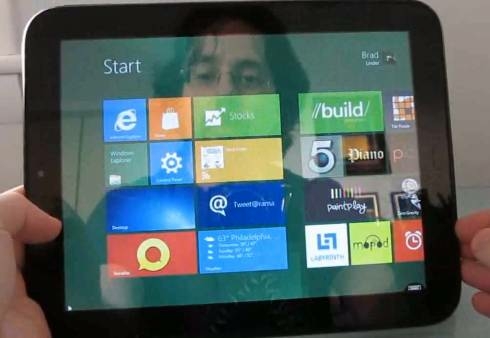 Microsoft has no plans to sell an installable version of Windows on ARM directly to consumers. Instead, if you want a Windows 8 device you’ll have to buy a device that comes preloaded with the software, much the way you have to buy an iPad if you want a tablet running Apple’s mobile operating system.

Even if hackers did figure out how to install Windows 8 on existing devices, it would be difficult getting drivers for cameras, WiFi, touchscreens, graphics, and other features. It would also probably be illegal to distribute an installable version of Windows 8.

OK, so what about going the other way around and buying a Windows 8 tablet and then installing Android or another operating system on it?

It looks like you may be out of luck there too.

That’s because the Windows 8 hardware certification requirements actually forbid device makers from enabling custom boot modes. Basically the bootloader on any device that ships with Windows 8 on ARM will be able to boot Windows… and nothing else.

Theoretically hackers may find a security flaw that they can exploit in order to run unsupported code. It’s been known to happen on other devices such as the iPad or NOOK Tablet. But Microsoft certainly isn’t going to make things easy.

We may still see devices that can dual boot Windows 8 and other operating systems. But they’ll probably have x86 processors, not ARM chips.

If Intel continues to reduce power consumption and improve performance in its mobile processors, that may not be a big problem. But for now if you want a device which offers long battery life with a relatively small battery, ARM designs are still in the lead.