Microsoft and Qualcomm announced late last year that they’re working together to bring Windows 10 to devices with ARM-based processors like the upcoming Qualcomm Snapdragon 835 chip.

But what can we expect from those devices? According to PC World, upcoming “cellular PCs” with Snapdragon chips will include laptops with long battery life, always-connected 4G LTE connectivity, and Bluetooth 5 support. 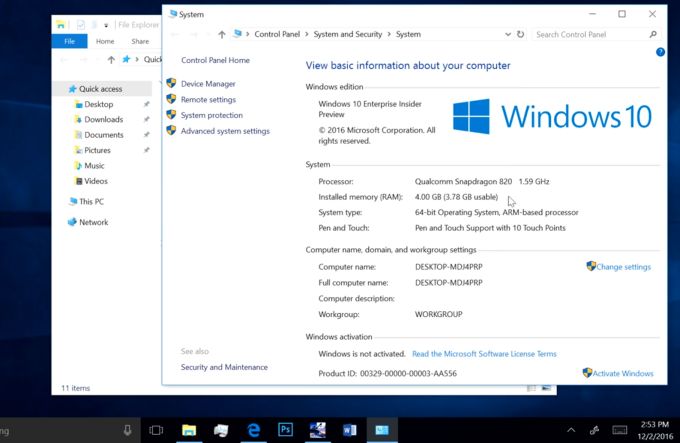 That’s probably not a huge surprise if you stop to think about it: the Snapdragon 835 is Qualcomm’s most powerful chip to date and it’s expected to show up in high-end smartphones that sell for upward of $600. So why would you expect it to be used for a $200 laptop?

But I suspect there are some folks who view Microsoft’s upcoming Windows-on-ARM platform as an answer to low-cost Chromebooks. It probably makes more sense to think of them as competing with premium Chromebooks like the Samsung Chromebook Pro and Plus or Asus C302 Chromebook, which sell for between $400 and $500.

So why not just buy a cheaper Windows laptop with an Intel Apollo Lake processor? ARM chips may have advantages when it comes to energy efficiency, built-in wireless connectivity and, in some cases, graphics.

This won’t be the first time Microsoft tried to make a version of Windows that’s compatible with ARM processors. But the ill-fated Windows RT was never very popular with device makers or users, at least partly because it was unable to run most of the applications available for Windows computers with x86 chips.

Qualcomm Snapdragon 835-powered Windows 10 devices will be able to support Win32 apps thanks to emulation software.

Not everyone is convinced that Windows on ARM has a bright future though. PC World notes that chip maker MediaTek has decided not to bother with Windows… at least not yet.