The makers of the popular Dolphin web browser for Android rolled out a major update a few weeks ago. Dolphin v11 introduced a new menu system and toolbar. But the change caught quite a few users off guard, and reviews in the Google Play Store were decidedly mixed.

Among other things, the update meant you couldn’t access your bookmarks with a single slide-from-the-left gesture anymore, and the new multitasking system meant your browser tabs weren’t always available from the top of the screen.

Now Dolphin has rolled out version 11.1, and it brings back the bookmark sidebar, offers users the option of choosing how they want tabs displayed, and brings other improvements. 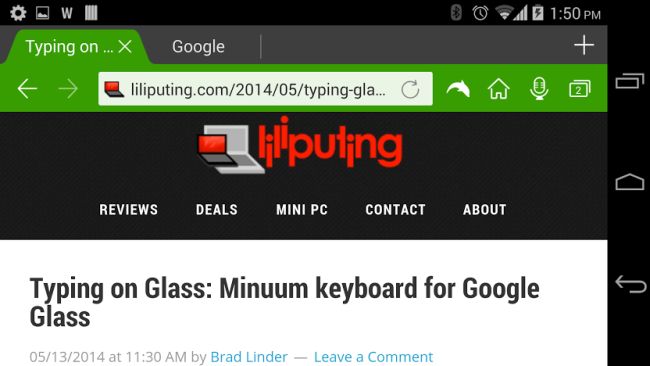 I’ve been using Dolphin for years, first because it was one of the first browsers to support tabbed browsing on Android and later because of its support for plugins including the LastPass password manager.

But while Dolphin v11 was attractive, I found that it took me more taps and swipes to get things done than it used to. So I switched to using Firefox as my primary browser for a while. 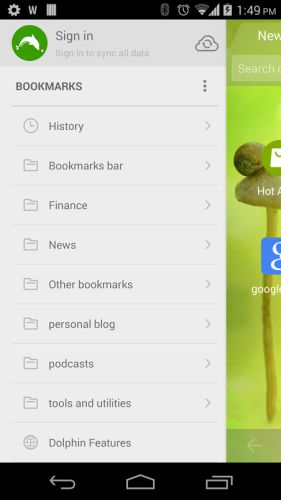 Now that Dolphin v11.1 lets me pick and choose the new features I want to use, I’m giving the browser another chance. I like that you can access your bookmarks from any screen with a quick swipe from the left.

Swiping from the right also brings up a “Control Panel” with quick access to a few key features including the ability to toggle private browsing mode, night mode (with a darker theme), or full-screen mode, which hides the Android taskbar and menu buttons. 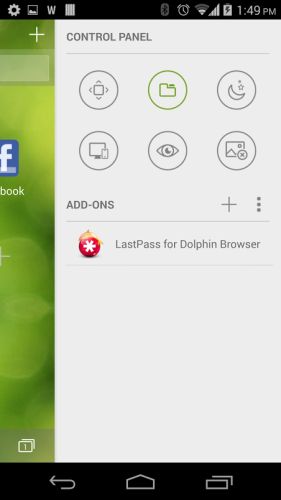 Dolphin also supports themes, lets you synchronize your data between device, and offers a customizable home page which lets you paste shortcuts to frequently visited websites.

The browser also supports voice input and custom gestures. For instance, with Gestures enabled, you could draw a G on the screen to open Google in a browser tab. 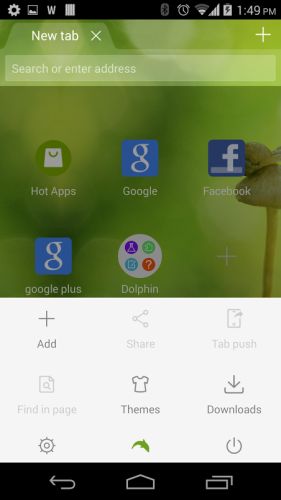