A good USB-C dock will let you connect displays, keyboards, mice, game controllers, and all sort of other gear to a computer with a single cable. But the new DockCase Smart Hub does more than that.

Thanks to a 1.54 inch display and a custom operating system, the Smart Hub can display data to let you know what each of your peripherals is doing. For example, it can display data transfer speeds, charging speed, or video performance stats. 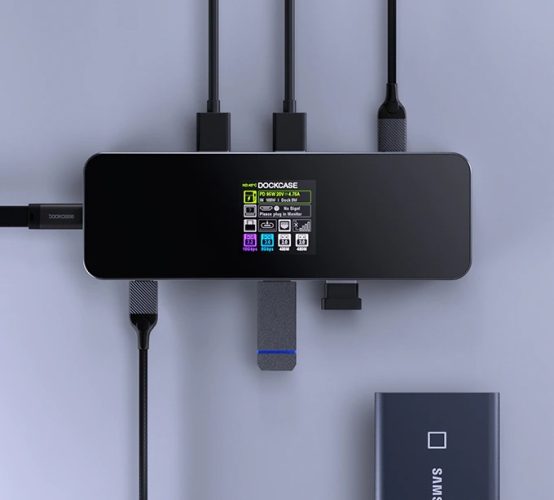 This isn’t the first “visual” smart hub from DockCase – previous-gen models sell for $79 and up. But DockCase says the new model has:

DockCasse calls its new software “the world’s first hub operating system” and promises that it can display real-time data from connected peripherals, with several different modes and support for user customization of certain parameters. 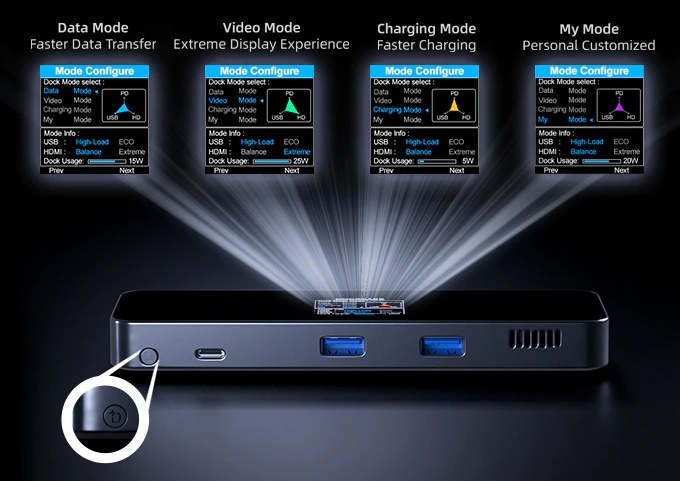 By putting some smarts into the dock itself, DockCase also makes it easier to balance performance with different modes for adjusting video output, data transfer, and power delivery settings.

While the port tops out at 10 Gbps data transfer speeds (rather than the 40Gbps you’d get from Thunderbolt 4), the performance customization features might help make up for that shortcoming for folks who don’t need to connect an external GPU or any other bandwidth-hungry hardware.

As ExtremeTech points out, the display readout could also come in handy for troubleshooting peripherals that may not work properly, because now instead of just knowing that your display or other gear doesn’t work with a hub, you can get a better sense of why by looking at the performance stats on the dock’s display.

The makers of the DockCase says the Smart Hub should be compatible with all computers that have “a full-featured USB-C port” with support for 4K video on most recent Macs, iPad Pro tablets, or PCs with 10th-gen or later Intel Core processors.