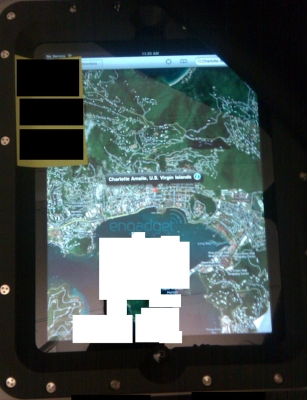 Apple is almost certainly going to launch a tablet today. It won’t be the first tablet PC to hit the streets. As I mentioned yesterday, companies have been pumping out handheld, touchscreen devices for decades. But the Apple Tablet is probably the most hyped product of the last two years and it should be extraordinarily interesting to see if it (or any product, for that matter) can live up to the hype.

One of the most interesting elements for me is the fact that all signs point to the Apple Tablet running a version of the iPhone operating system. On the one hand, that’s great news because there are over 100,000 apps for the platform that should run smoothly out of the box. And the OS was designed from the ground up to be touchscreen-friendly. And one of the biggest complaints people have had about tablet PCs running Windows XP, Vista, and 7 is that they’re essentially running a desktop OS designed for a mouse and keyboard. Sure, you can slap on some handwriting recognition software and support for a stylus, fingertips, and even multitouch gestures. But the basic paradigm of folders, icons, a start menu, and so forth weren’t designed for touchscreens.

But here’s the thing: the iPhone OS wasn’t really designed for a powerful tablet computing experience either. It was designed for a cellphone that fits in your pocket and which is incapable of running many apps that you can use on a full fledged computer.

Now if all you want to do is read web sites, eBooks, magazines, and watch movies and play a few finger-friendly games, that might not be a big problem. But all signs point to the Apple Tablet costing a heck of a lot more than an iPhone, an Amazon Kindle, or any portable media player. So it would have been nice if Apple had designed an OS that was actually suited to a larger, more powerful device. Of course, it’s possible that this is exactly what Apple did. Just because the tablet can run iPhone apps doesn’t mean that the iPhone and iPod Touch will be able to run tablet apps. Maybe we’ll see video editors, office suites, and high quality games that will run on the tablet but not its little cousins.

But Apple isn’t alone in adapting a cellphone OS for its tablet. CES was choc full of companies showing touchscreen tablets running Google Android this year. It seems like in order to compete with Apple, plenty of other companies are thinking like Apple: If Windows was never that popular on tablets, why not try a different OS? Preferably one with no licensing cost?

What do you think? Are you interested in touchscreen tablets running cellphone operating systems? Or would you rather Windows, a full-fledged Linux distro like Ubuntu or Fedora, or a brand-new OS designed specifically for 7 to 10 inch tablets?

Bear in mind, all of this might be moot if Apple surprises us in a few hours by announcing something very different from what we’re expecting. But over the last day or so, there’ve been a lot of leaks pointing to a 10 inch tablet running iPhone apps.

11 replies on “Do you want a tablet with a cellphone OS?”