The DingDian S3 is a desktop computer that about the size of a thick smartphone, but under the hood likes the beating heart of a full-fledged PC including an Intel Jasper Lake processor, 16GB of RAM and support for up to two SSDs.

If the pocket-sized computer looks familiar, that’s because the chassis is virtually identical to the Morefine M6 and Topton M6. But those models are powered by an Intel Celeron N5105 chips while the DingDian S3 has a Pentium Silver N6000 processor instead. The S3 is expected to sell for $369 and up at retail, but DingDian is running a Kickstarter crowdfunding campaign that lets you reserve one for as little as $249. 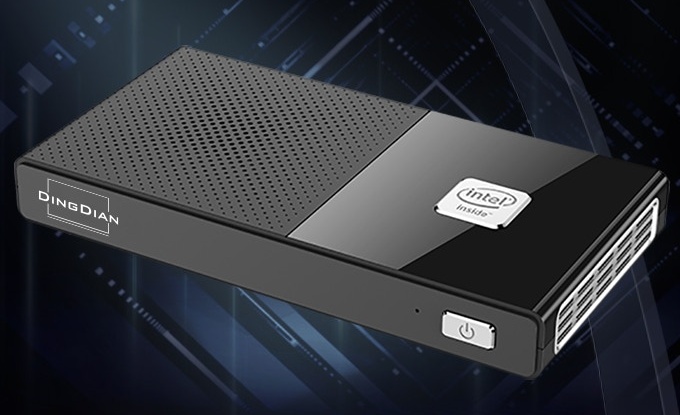 The result is that you’ll probably get better single-core and multi-core performance from the Celeron N5105, but slightly better energy efficiency from the Pentium Silver N6000.

For $249 you can reserve a model with 128GB of storage, but you can also pay extra for 512GB or 1TB versions. All versions have 16GB of DDR4 2933 MHz memory, which is soldered to the mainboard and not user replaceable. But the little computer does have upgradeable storage: there’s an M.2 2280 slot for PCIe NVMe SSDs and an M.2 2242 slot for SATA storage.

DingDian notes that while the computer is designed for desktop rather than mobile use, it can be powered from any portable power bank that supports 12V/2A output over USB Type-C.

There’s also an Intel AX201 wireless card with support for WiFi 6 and Bluetooth 5.2.