Computer-on-a-stick products have gotten a lot more powerful in 2016. A few years ago you could find models with ARM-based processors and Android software. In 2015 we started to see models with Intel Atom Bay Trail chips. And this year saw the launch of new Intel Compute Stick models, with some featuring Atom Cherry Trail chips and others sporting Core M Skylake processors.

While the Core M models are the most powerful PC sticks to date, there’s a new Japanese model that seems to split the difference by using a mid-range Cherry Trail processor and 4GB of RAM instead of the usual 2GB. 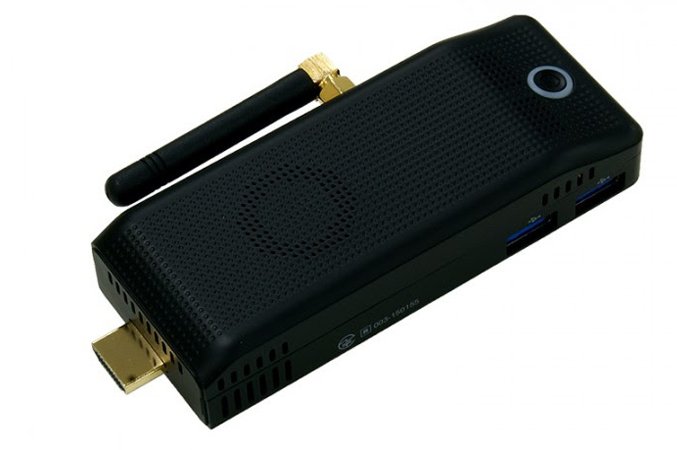 Measuring 4.8″ x 2.3″ 0.9″ at its thickest point, the computer’s a bit on the chunky side for a PC stick, but it’s still small enough to plug the whole computer directly into the HDMI port on a TV or monitor, and compact enough to slide into a pocket when not in use.

It features two full-sized USB 3.0 ports, a micro USB port, a microSD card slot, and an HDMI connector as well as an external, adjustable antenna with support for 802.11ac WiFi and Bluetooth 4.0.

While I don’t expect to see this particular model outside of Japan anytime soon, it’s nice to see that someone is making a stick PC with an Atom processors and 4GB of RAM.