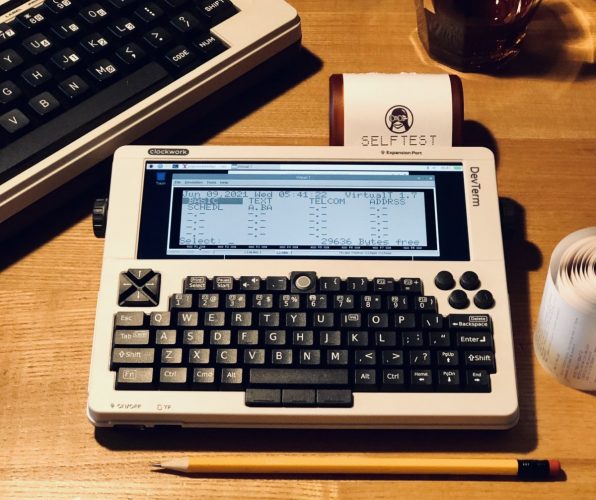 The DevTerm is up for pre-order for $219 and up, with the most affordable model powered by a Raspberry Pi Compute Module 3, while other versions feature custom modules from ClockWork.

The company expects to begin shipping the DevTerm to customers in July. 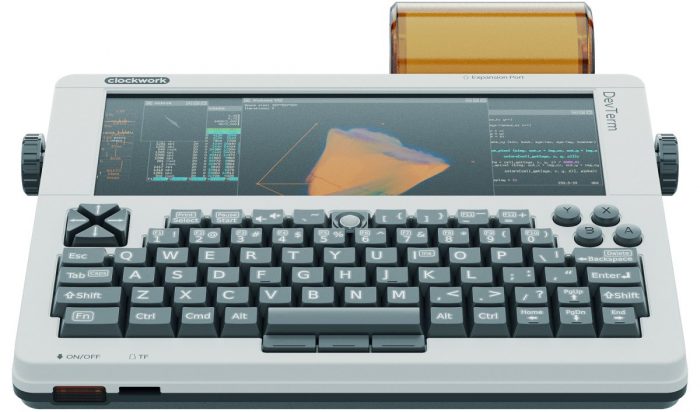 The company has published schematics and design materials at the GitHub page for the project under a GPL v3 license.

The original plan had been to begin shipping in April, but the COVID-19 pandemic has had an impact on production, which has caused the ship date to slip by a few months. Now the developers say customers should begin receiving their DevTerm hardware by mid-July.

The good news is that production seems to be underway, as the founder of ClockworkPi recently posted a set of images showing a fully assembled and functional DevTerm.