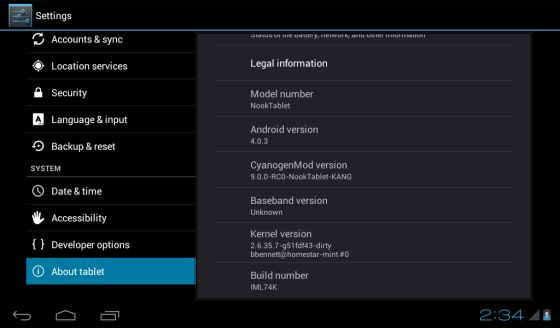 The HP TouchPad isn’t the only tablet that will be able to run an unofficial build of Google Android 4.0 soon. Developer Brandon Bennet (or Nemith) has posted the first pictures of CyanogenMod 9 based on Android 4.0 running on the NOOK Tablet.

This comes just a few days after developers figured out how to bypass the NOOK Tablet’s locked bootloader.

Barnes & Noble ships the NOOK Tablet with a custom version of Google Android designed for reading books, surfing the web, and downloading and running apps from the B&N shop.

Hackers have been installing apps from third party sources, rooting the tablet, and making other changes since the tablet hit the streets in November. But the secure bootloader has made loading custom ROMs difficult… but not impossible.

Now several developers are working on tools that allow you to install custom software such as CyanogenMod 9 on a microSD card and boot from that card instead of the device’s primary storage. This lets you run Android 4.0 or other software on the NOOK Tablet without erasing the official B&N software. 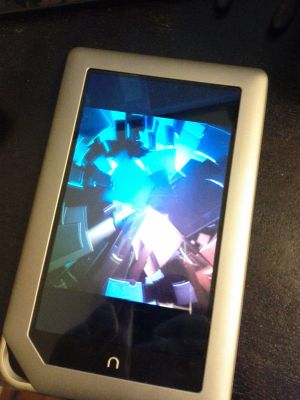 Nemith isn’t ready to release the tools for running CyanogenMod to the public yet, but he’s making progress with the software and eventually the NOOK Tablet could be an officially supported CyanogenMod-friendly devices.

You’ll still probably void your warranty if you break something while trying to install CM9 though, so proceed with caution if and when tools are released to the public.