Research in Motion plans to launch the first BlackBerry 10 smartphones in the coming weeks, and when they hit the streets there will be tens of thousands of apps ready to download from the BlackBerry World store. Over the past few weeks those numbers have gone way up as RIM has held “Port-A-Thons” to encourage Android app developers to port their apps to BB10.

In fact, last weekend alone, the company says more than 19,000 apps were submitted to BlackBerry World. 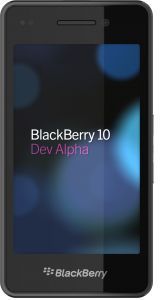 But RIM is hoping to get a bit of a head start by making it easy to port Android apps to its platform. Like the BlackBerry PlayBook OS for tablets, BB10 has a Java virtual machine that can run many Android apps with just a few minor tweaks — which is why it was possible for so many developers to repackage their Android apps as BlackBerry apps in such a short period of time.

The fact that RIM is offering cash incentives and other prizes probably hasn’t hurt either.