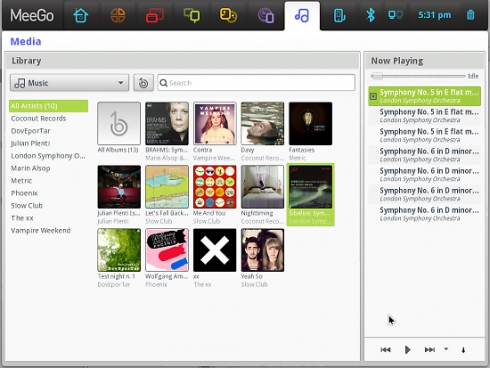 MeeGo Linux is being developed as a platform for smartphones, netbooks, internet connected TVs, in-car systems, and other devices where Windows may not always be the best option. The project is backed by chip-maker Intel and smartphone maker Nokia. And so far, every device I’ve seen running MeeGo has had an Intel chip — usually a low power Intel Atom processor.

But in an interview with The Inquirer, Nokia vice president Alberto Torres explained that MeeGo is an open platform and that it will be available for device makers to use on a wide variety of hardware. In fact, Nokia’s first MeeGo device will have an ARM-based chip rather than an Intel x86 processor.

Nokia plans to release its first MeeGo product by the end of the year, but it’s possible that we could see other hardware makers bring devices to market using the mobile operating system sooner than that. MeeGo 1.0 for netbooks was released last week, and while there isn’t a lot of third party software designed specifically for the OS yet, it does run quite well on an Atom-powered netbook.