The Raspberry Pi is an inexpensive, tiny computer that’s about the size of a deck of cards. Now the group behind the mini-computer are going even smaller with the new Raspberry Pi Compute Module.

It looks like a stick of laptop memory, and actually uses the same connector as a DDR2 SODIMM. But it’s got all the important bits of a Raspberry Pi computer, including a processor, storage, and memory.

So what’s this little guy good for? Designing your own Pi-powered PC.

The idea is that designers can create their own printed circuit boards to work with the Raspberry Pi Compute module. So if you want to build a laptop, desktop, or developer board that has more functionality than an off-the-shelf Raspberry Pi, you can make one yourself… (assuming you can read the schematics and have access to a PCB fabricator). 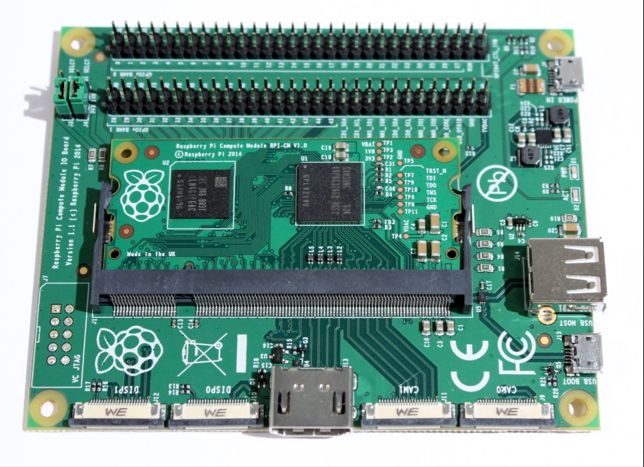 Like the standalone Raspberry Pi, the new Compute Module features a 700 MHz Broadcom BCM2835 ARM11 processor and 512MB of RAM. Instead of a removable microSD card, it features 4 gigabytes of eMMC flash storage attached to the motherboard.