Just a few days after revealing that it’s possible to unlock the bootloader on Google Pixel and Pixel XL smartphones purchased from Verizon, hacker beaups has released a utility called dePixel8 that anyone can use to unlock a Verizon Pixel phone.

Beaups notes that it should also work with phones sold by European wireless carrier EE. 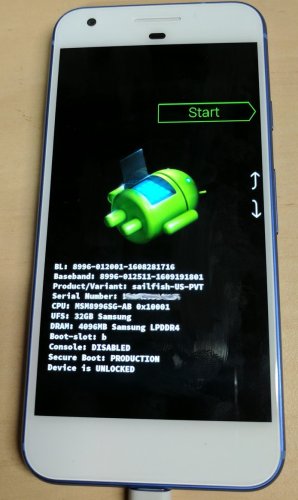 Note that dePixel8 is only for use with Google Pixel and Pixel XL smartphones built by HTC, and it should not be used with any other smartphone. And if you bought your phone from the Google Store, you probably don’t need to use the tool at all: just enable developer settings on your phone and slide the toggle that says “OEM unlocking” to the on position.

Another thing to keep in mind? Developer Chainfire (the person working on a tool for rooting the phone) says the security vulnerability that allows dePixel8 to work may be patched in the next software update for the phones… so if you care about unlocking your phone, you may want to act quickly.

Using dePixel8 takes a little bit of work. First you need to install fastboot and adb (Android Debug Bridge) on your computer and configure your phone to work with those tools.

Then you’ll need to use adb to push the dePixel8 tool to your phone and run the utility.

Unlocking the bootloader opens the door to installing a custom recovery or other custom firmware (such as modifications to the Android operating system running on the phone, or full replacements of the operating system, often called custom ROMs).