The Google Cast platform lets you plug a $35 Chromecast into your TV and stream content from the internet to your TV using your phone, tablet, or PC as a remote control. Right now there are only a few services that officially support the service, which means you can use Chromecast to stream video from YouTube, Netflix, and Google Play Movies, but not Amazon or HBO… yet.

While a number of online video sites have announced plans to add Chromecast support, there’s already a workaround — install a Chrome browser extension on your desktop and just stream your entire browser tab to the Chromecast.

Meanwhile, independent developer Koushik Dutta has been building his own tools. A few days ago he developed a Phone to Chromecast tool that lets you stream content from your Android phone’s gallery straight to your TV.

Now he’s followed up with a Dropbox to Chrome app.

The app lets you stream any video that’s uploaded to your personal Dropbox account straight to your TV as long as Chromecast is plugged in. Just pull up the app on your mobile device, find the video you want to stream, and share it with Chromecast.

Unfortunately neither of Koush’s apps are available to the public yet. He says the terms of the Google Cast software development kit prohibits him from doing that — at least while the SDK is in beta. 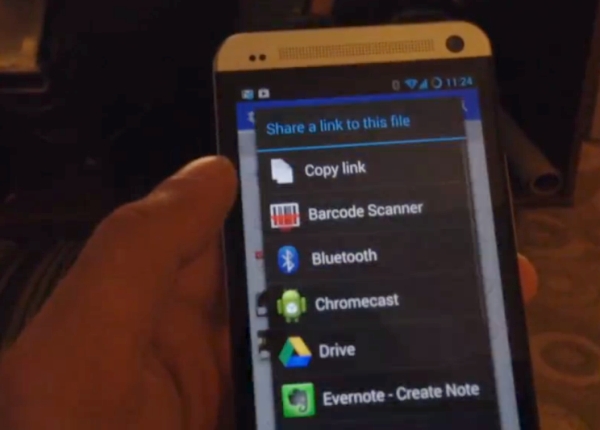 But this is likely just the beginning. He says he could build a similar app that would let you stream content from Google Drive, for instance.

Eventually Koush plans to release the tools as a series of open source apps on the Google Play Store with both free and paid app options.

7 replies on “Demo: Stream video to Chromecast from Dropbox (video)”