Good news for Linux-loving thin and light laptop fans. You can now buy a Dell XPS 13 ultrabook loaded with Ubuntu 12.04 LTS. Now for the bad news: you may be in for some sticker shock. The laptop will . 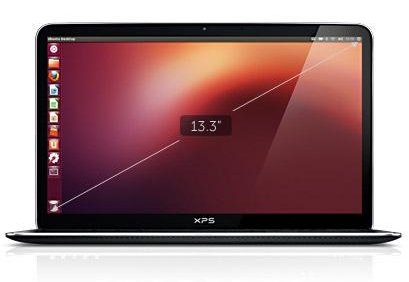 To be fair, Dell is offering a pretty powerful machine for that price. The laptop features:

Dell is targeting the ultrabook at developers, which helps explain the beefy specs. The company has been testing the Ubuntu ultrabook waters with Project Sputnik for months, and what you’re looking at here is the finished product, featuring a faster processor and more storage than the beta models Dell had been testing.

Unfortunately Dell is sticking with the 13.3 inch, 1366 x 768 pixel display which may seem a little anemic to some developers.

As an Ubuntu laptop, you don’t have to pay for a Windows license… but apparently that doesn’t save you much money. The order page does point out that there are no ultrabook palmrest stickers included though, so I guess that’s a good thing.

In addition to the Ubuntu operating system, Dell loads the laptop with a “cloud launcher” app that helps web developers simulate a cloud environment for testing apps before deploying them, as well as a profile tool with profiles for Ruby, Android, and more.