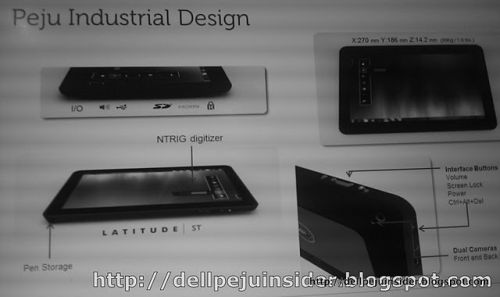 Dell is working on a 10 inch Windows tablet, but the company has yet to release detailed specs for the device. Now a web site called Dell Peju Insider has published what it says are leaked documents related to the upcoming device.

I’d take the specs with a grain of salt — especially the screen resolution, but there’s a pixel density arms race going on these days, so it’s certainly possible that Dell could launch a 10 inch tablet with a 1080p display.

Dell Peju Insider reports the device will run Windows 7 Professional at launch but that it will also be compatible with Windows 8 when it’s released (and there may be a beta version available as early as this fall). It will have a 6+ hour battery, WiFi, 3G, and 4G options, front and rear cameras, and support for touch and stylus input.

The tablet could ship in October. There’s no word on the price… which isn’t surprising since it’s still not even really clear whether these documents are real.