The Dell XPS 13 line of laptops have earned a reputation for their thin and light designs featuring slim bezels around the display. But that design hasn’t changed very much since 2015. Sure, Dell eventually moved the camera from below the display to above it, but most of the annual updates were related to specs, not design.

So maybe it’s not surprising that the Dell XPS 13 (9300) laptop doesn’t look all that different from models we’ve seen in previous years… but look more closely and you’ll find that there are some pretty significant updates this time around.

The most noteworthy is probably the display — Dell has moved from a 16:9 display to a 16:10 screen with a narrower bottom bezel. That means the new XPS 13 has a higher screen to body ratio than its predecessors, plus more vertical pixels. 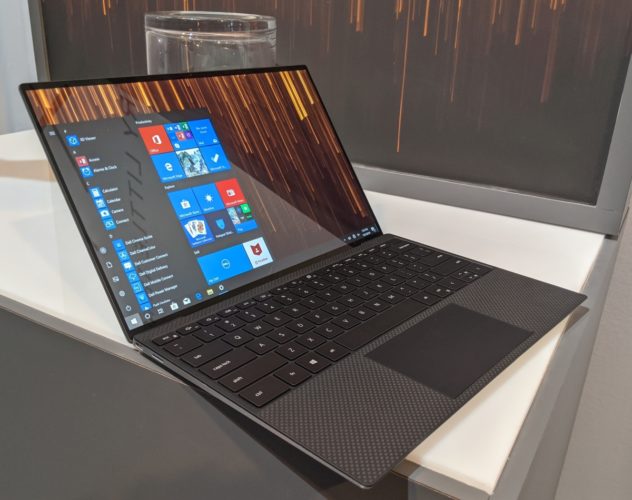 If that change seems familiar, that may be because Dell’s most recent XPS 13 2-in-1 laptop also has a 16:10 display. But in order to fit a 360-degree hinge in that model, Dell had to keep a relatively thick bottom bezel.

The new XPS 13 clamshell-style laptop doesn’t have a 360-degree hinge, and so the bottom bezel is smaller, giving the laptop a slightly smaller overall profile.

Another thing that’s been carried over from the 2019 Dell XPS 13 2-in-1? The new Dell XPS 13 laptop is powered by 10th-gen Intel Core “Ice Lake” processors with support for up to Intel Iris Plus graphics. That’s a chance from the 10th-gen “Comet Lake” chips that powered by the most recent version of Dell’s XPS 13 clamshell laptop (which was announced just a few months ago).

Overall the new design looks familiar at first glance, but the result is a laptop that has a slightly larger display despite a slightly smaller overall size. And when I say slightly, I mean the screen is 6.8 percent bigger than last year’s model, and the laptop is overall 2 percent smaller.

Dell says the new model also features an edge-to-edge keyboard with slightly larger keycaps, plus a touchpad that’s 17-percent larger than the one on last year’s model. The laptop hinge has also been updated to allow you to open the laptop using a single hand.

Processor options range from an Intel Core i3-1005G1 with Intel UHD graphics to an Intel Core i7-1065G7 with Iris Plus graphics, and Dell will offer 4GB to 32GB of LPDDR4x 3733 MHz memory and up to 2TB of solid state storage. 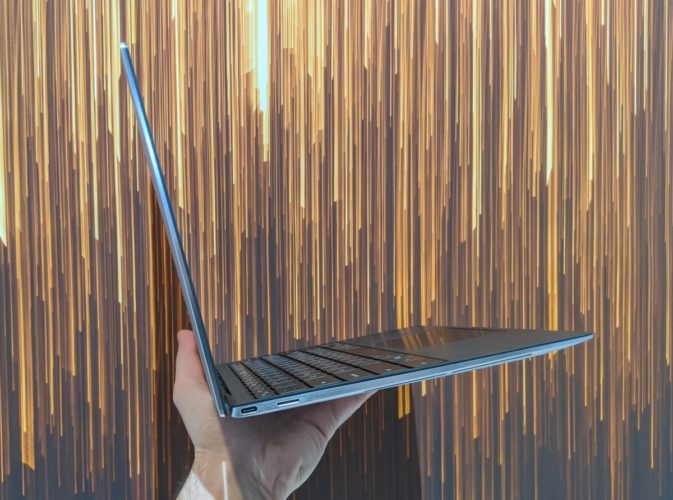 If you opt for a silver and black version of the laptop, you get a CNC aluminum chassis with a carbon fiber palm rest. There’s also a white model which uses glass fiber rather than carbon fiber for the palm rest. 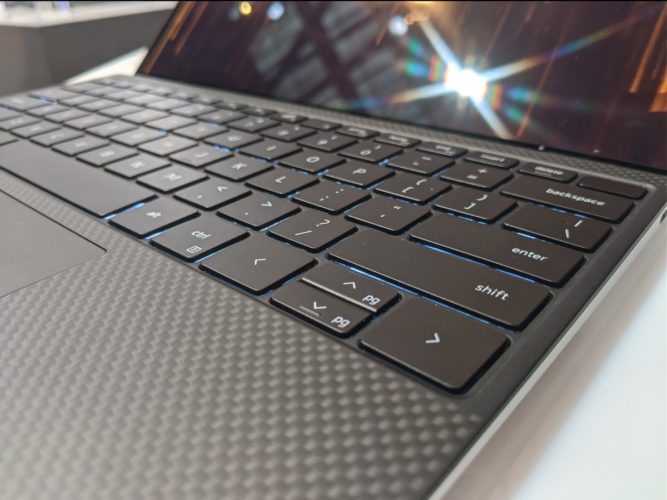 The new Dell XPS 13 should be available starting this January 7th for $1000 and up — and one nice thing is that while the entry-level model still has just a Core i3 processor and 4GB of RAM, Dell is bumping the base storage amount up to 256GB.

And if Windows 10 isn’t your thing, Dell will also offer a Dell XPS 13 Developer Edition with Ubuntu Linux pre-installed starting February 4th. Prices are expected to start at $1200 for the Developer Edition models, but since Dell is targeting developers rather than casual users, the entry-level configurations for the Linux laptop features better specs for the starting configuration (Core i5/8GB/256GB).

The Developer Edition will be available with up to 32GB of RAM, and Dell has announced its bringing fingerprint sensor support to the new model.

I got the chance to catch up with Dell’s Barton George recently, to talk about the company’s Developer Edition laptops. He’s been one of driving forces behind the initiative since it was an experimental effort called Project Sputnik.