Dell is refreshing its XPS 15 line of thin, light, and high-performance laptops with a new model that supports up to an Intel Core i9-9980HK octa-core processor, up to 64GB of RAM, up to 2TB of solid state storage, and up to NVIDIA GeForce GTX 1650 graphics.

And if you’d prefer a model with a 4K OLED display, Dell’s got one of those too — but prices for that version start at $1900. 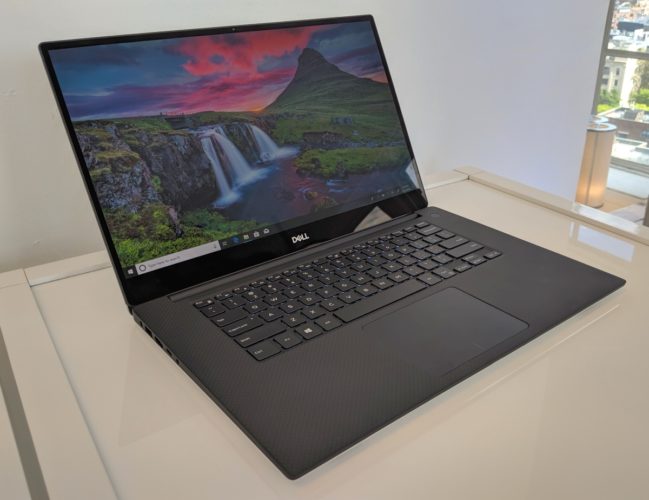 For the most part, the new model looks a lot like last year’s version — it’s what’s under the hood that’s new. The OLED display option is brand new, as is support for up to an 8-core/16-thread processor.

The laptop measures 14.1″ x 9.3″ x 0.7″ and has a starting weight of 4 pounds when configured with a 56 Wh battery or 4.5 pounds with a 97 Wh battery (which I suspect you’re going to want if you’re looking for anything approaching all-day battery life). 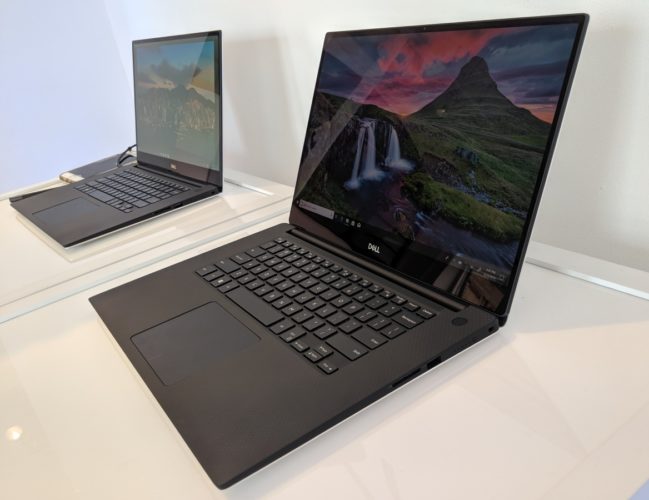 While the top tier specs are impressive, the entry-level configurations doesn’t look all that bad either — Dell will off the notebook with at least an Intel Core i5-9300H quad-core processor, at least 8GB of DDR4-2666 RAM, at least 256GB of storage, and at least a 1920 x 1080 pixel display.

The XPS 15 has an aluminum body, a carbon fiber palm rest, and a glass-covered precision touchpad. 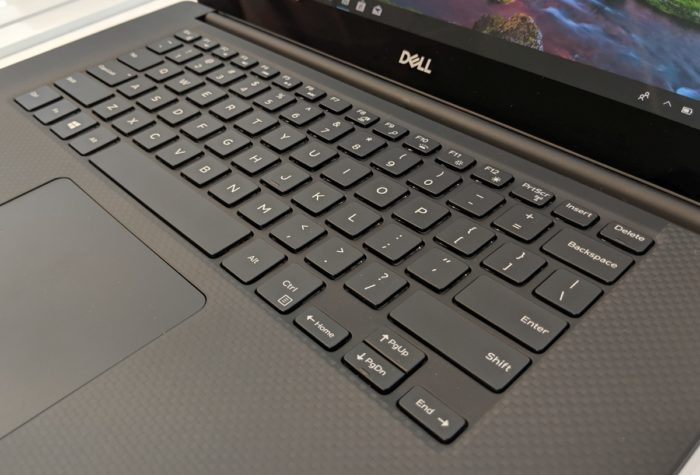 Like the latest Dell XPS 13 and XPS 13 2-in-1 laptops, the new XPS 15 also has a tiny (2.25mm) webcam placed above the display rather than below it (where Dell has been putting webcams for the past few years). 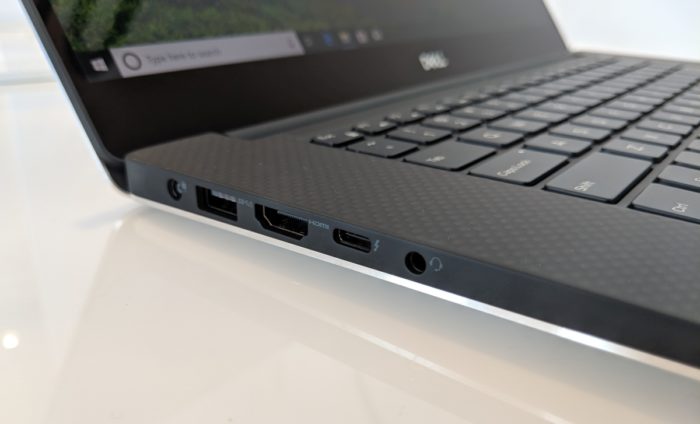 The Dell XPS 15 has a backlit keyboard, WiFi 6 and Bluetooth 5 support, and there’s an option for a touchscreen display.