Dell is launching  6 new laptops for the education market. Or rather, the company has 3 new models, but each is available with a choice of Microsoft Windows or Google’s Chrome OS. Some of the fancier features are only available for Windows models, though.

The Chromebook model features an Intel Celeron Skylake processor, while the Windows version is available with Celeron or Pentium chips based on Intel’s newer “Kaby Lake” architecture.

Dell also offers an optional active pen for writing or drawing on the touchscreen display, but it’s only available for the Windows-powered Latitude 11 Convertible. 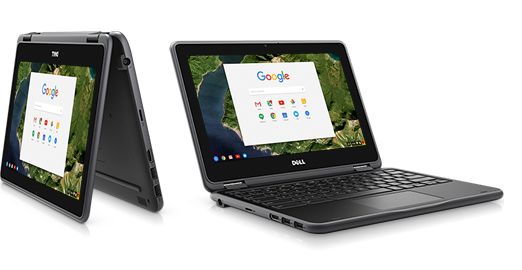 Both models feature HDMI ports, two USB 3.0 ports, a headset jack, and a microSD card. The convertible notebooks measure about 0.8 inches thick and weigh about 3.2 pounds.

The Chromebook 11 Convertible will be available starting February 7th for $349 and up, while the Dell Latitude 11 Convertible launches the same day for $579 and up.

Instead of a 360-degree hinge, these laptops have 180 degree hinges, allowing you to open the laptops so the screen and keyboard can both rest flat against a table. 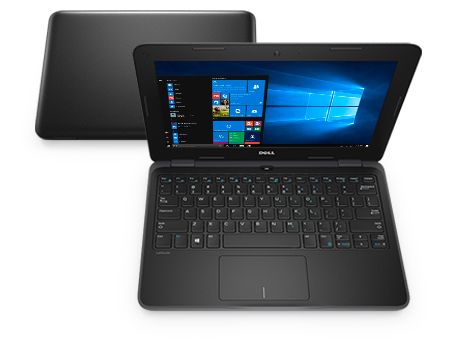 Other specs are similar to those for the convertible models, but you don’t get a touchscreen display.

Like all of Dell’s new laptops for the education market, the Latitude 11 and Chromebook 11 meet MIL-ST 810G specs, and feature sealed keyboard and touchpads to protect against liquid spilled on the keyboard. There’s also a metal bracket to reinforce the power port. 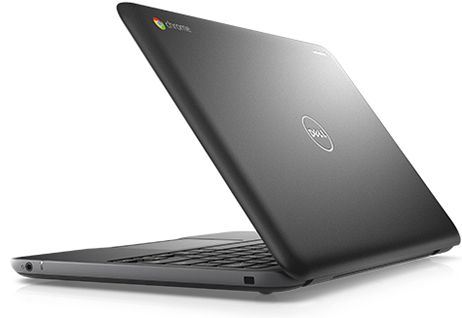 The laptops measure about 0.8 inches thick and 2.9 pounds.

Dell says the Windows-powered Latitude 11 launches February 7th for $349 and up. The Chromebook 11 will be available at the same time for a starting price of $219.

Not only do these notebooks have larger screens than their Latitude 11/Chromebook 11 siblings, but they’re also available with more powerful processors.

Dell says the Latitude 13 Windows notebook will be available with up to a Core i5-7200U Kaby Lake processor (although there are also Skylake options), and the laptop measures 0.9 inches thick and weighs about 0.6 pounds.

It features two USB 3.0 ports, an HDMI port, a microSD port, a headset jack, and an Ethernet port. 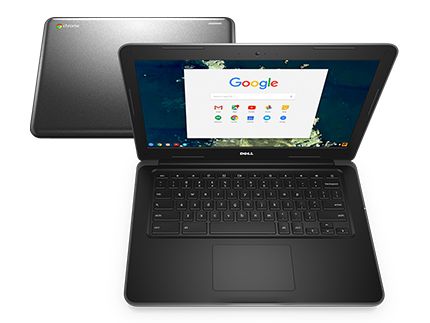 The Chromebook 13 has a similar design, but only supports up to a Core i3 Skylake CPU and lacks Ethernet. This model is also a little lighter, weighing in at 3.5 pounds with a 56 Wh battery. 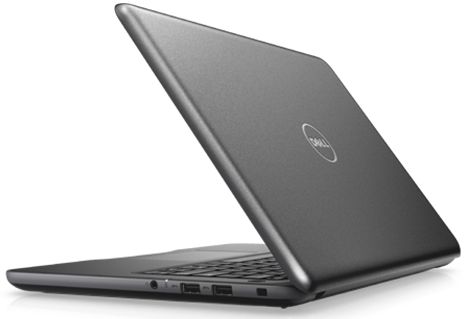