It’s now available for pre-order from Dell for $900 and up. 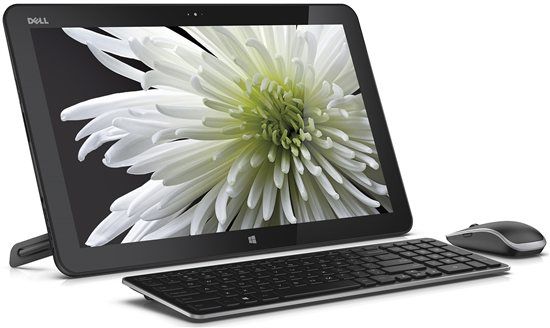 The entry-lvel price gets you a model with an Intel Pentium 2117U processor,Intel HD 4000 graphics,  4GB of RAM, a 320GB hard drive, WiFi, Bluetooth, and a Dell wireless keyboard.

Weighing nearly 5 pounds, this tablet weighs many laptop computers — so I wouldn’t really expect to take it out to the coffee shop to read a book. But it joins a growing number of desktop PCs that you can pick up and carry around the house for use in a different room without turning the device off.

Asus and Sony have similar offerings, but the Dell XPS 18 is the cheapest of the bunch.