The Dell XPS 13 Plus is a thin and light laptop with a 13.4 inch display and a 28-watt, 12th-gen Intel Core processor. It also features an updated design that gives the laptop a distinctive look. And like most recent Dell XPS 13 series notebooks, it’s available with a choice of Windows or Ubuntu Linux software pre-installed.

When the Dell XPS 13 Plus first went on sale in April the company offered a Developer Edition model that shipped with Ubuntu 20.04 LTS. But starting in August it will ship with Ubuntu 22.04 LTS, although customers who already have the laptop will be able to install a fully supported version of the latest version of the popular GNU/Linux distribution starting today. 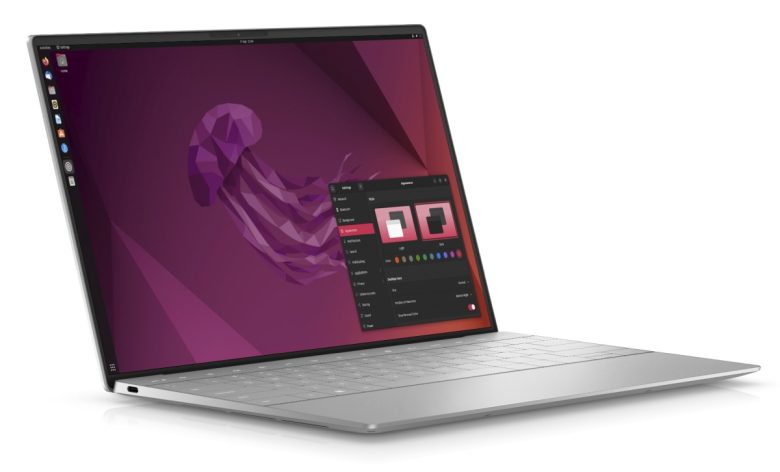 I mean, technically you can install Ubuntu on most PCs released in the past decade or so. But Dell says the XPS 13 Plus is the first OEM PC to be certified by the Ubuntu developers at Canonical for Ubuntu 22.04 LTS.

Certification basically means that Canonical has confirmed that all of the laptop’s hardware works properly when running the operating system. If device-specific software or drivers are required to ensure compatibility, they’re baked into the factory images provided by PC vendors like Dell (but also upstreamed into mainline Ubuntu so that everything should work if you download and install Ubuntu from its website rather than from Dell.

And since Ubuntu 22.04 is an LTS (long term support) release, users who don’t want to upgrade their operating system every 6-24 months can keep using Ubuntu 22.04 for up to 10 years, as that’s how long Canonical will continue to support the OS. 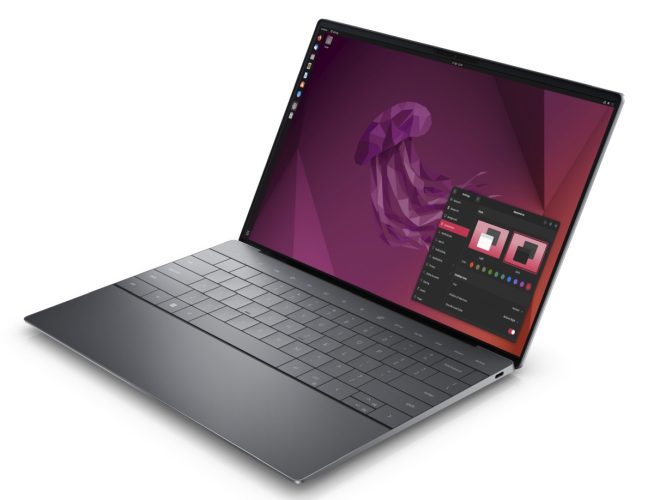 For now, Dell says folks who are already using an XPS 13 Developer Edition laptop with an earlier build of Ubuntu, the only way to upgrade to Ubuntu 22.04 is to perform a clean install, which will erase any user data that may be on your device. But an official upgrade path will be enabled when Ubuntu 22.04.1 rolls out in August.

Dell equips the notebook with two Thunderbolt 4 ports, one on each side. But those are the only ports. Since you’ll most likely use one of them to charge the laptop from time to time (it comes with a 60W USB-C power adapter for topping up the 55Wh battery under the hood), I imagine that this is a notebook for folks who have either gone all in on wireless accessories or on dongles.

The XPS 13 Plus also has an unusual keyboard and touchpad thanks to a row of capacitive touch Fn keys that don’t move when you touch them, and which can become practically invisible when you’re not using them due to lights that turn off. The touchpad, meanwhile, has a “seamless” design that allows it to blend in with the palm rest.