The Dell XPS 13 Plus Developer Edition is an unusual looking thin and light laptop that ships with Ubuntu Linux pre-installed rather than Windows. When the notebook first went on sale in April it shipped with Ubuntu 20.04 LTS, but now Dell is shipping the laptop with Ubuntu 22.04 LTS instead. 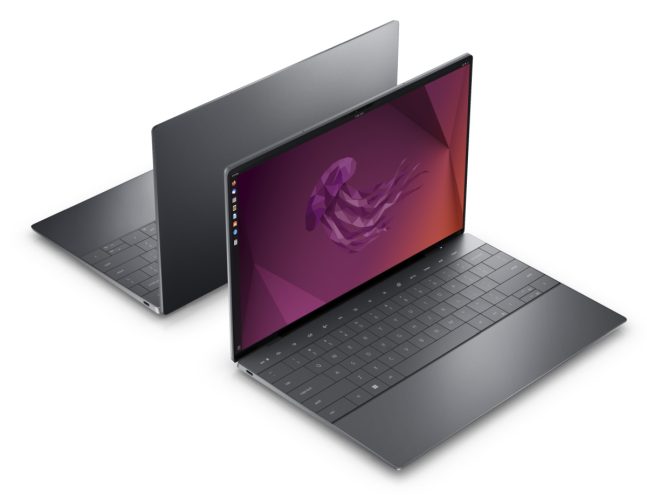 But each of those specs can be upgraded. The Dell XPS 13 Plus Developer Edition is available with up to an Intel Core i7-1260P chip, a 3840 x 2400 pixel touchscreen OLED display, 32GB of RAM, and 2TB of storage.

Dell also offers a Core i7-1280P processor option for models that ship with Windows, but there doesn’t seem to be a way to order that a Developer Edition configuration with that processor yet.

Like Windows models of the Dell XPS 13 Plus, the Developer Edition has a few unusual design features. Instead of a row of physical Fn keys above the number keys, for example, there’s a row of backlit capacitive touch buttons that do not move when you press them. And the touchpad blends “seamlessly” into the palm rest area of the aluminum chassis, with no visible indication of where the touchpad begins or ends. 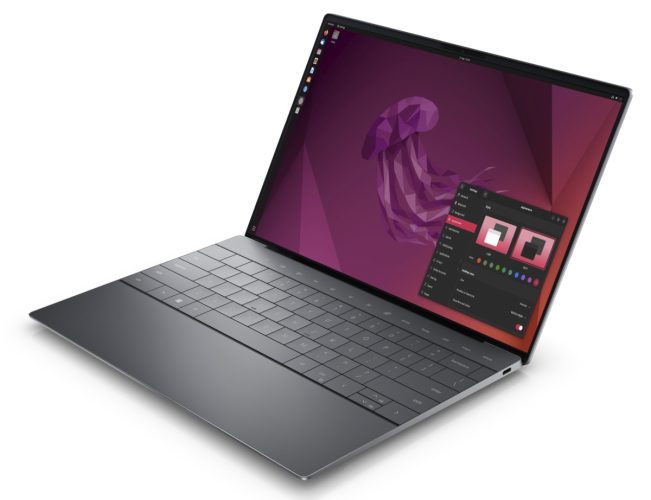 The laptop also has only two ports, but at least they’re both versatile Thunderbolt 4 ports that can be used for charging, connecting a display, or just about anything else. Dell also ships the laptop with a USB-C to USB-A adapter and a USB-C to 3.5mm headset adapter in case you need some legacy ports.

Other fetures include a 720p webcam, stereo 2W speakers, a 55 Wh battery, a 60W USB-C power adapter, and an Intel Killer 1675 wireless card with support for WiFi 6 and Bluetooth 5.2.