The new chips, code-named “Amber Lake,” are expected to be low-power processors that will eventually replace chips like the Core M3-7Y30, Core i5-7y54, and Core i7-7Y75 in upcoming thin, light, and often fanless computers.

Intel still hasn’t announced model numbers of specs for any Amber Lake processors, but it looks like Dell may have beat the company to the punch. The PC maker has posted two Amber Lake processor options on the Chilean product page for the Dell XPS 13 2-in-1 laptop. 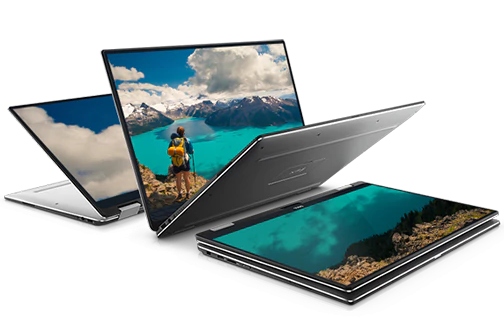 The XPS 13 2-in-1 is a 2.7 pound notebook with a 13.3 inch touchscreen display and a 360-degree hinge that allows you to use the computer in notebook or tablet modes.

Thanks to its 4.5 watt processor, the laptop isn’t as powerful as Dell’s clamshell version, which has a 15 watt U-series processor. But the low-power chip enables passive cooling for silent operation.

Dell first introduced the XPS 13 2-in-1 in early 2017, and it hasn’t received a CPU upgrade since then. But according to Dell’s Chilean website, you’ll soon be able to configure it with five processor options, two of which are previously unannounced Amber Lake chips:

So basically we can expect higher top clock speeds and… that’s about all we really know so far. There will also likely be some architectural differences which could affect performance.

If Dell expects to offer 7th-gen and 8th-gen CPU options for the same computer, it’s probably relatively safe to assume that power consumption hasn’t increased much.