The new Dell XPS 13 2-in-1 is a Windows tablet with a 13 inch, 2880 x 1920 pixel display, a 12th-gen Intel Core Alder Lake-U processor, and a detachable keyboard that allows you to use the computer as a laptop.

First announced earlier this year, the new XPS 13 2-in-1 will be available for purchase from Dell.com starting August 25, 2022. Prices start at $1099 for a tablet and folio keyboard case. 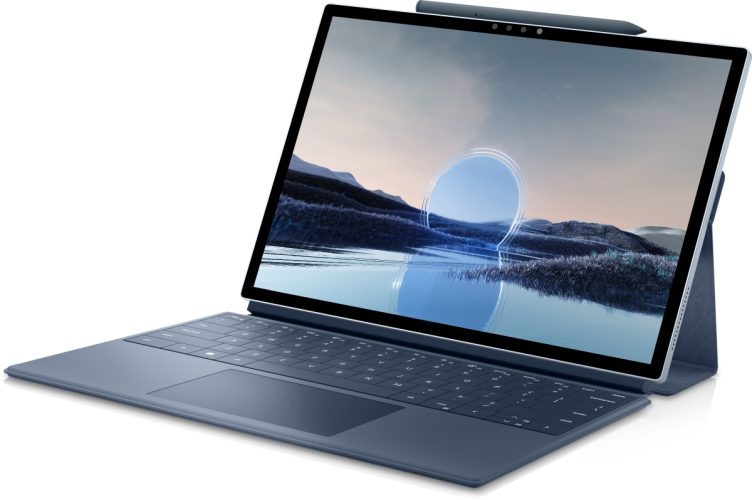 While Dell’s been offering XPS 13 convertibles for years, this is the first detachable model, which means that rather than a 360-degree hinge that lets you push the keyboard behind the screen when you’re not using it, you can simply remove the keyboard. That’s a design that has pros and cons, but I suppose it’s nice to see Dell trying something new.

On the one hand, allowing you to detach the keyboard altogether means that the tablet is thinner, lighter, and easier to hold in your hands when you’re using it without a keyboard. On the other, folio-style keyboards are a lot more awkward when you’re using a laptop on your lap, since they’re not as rigid and don’t provide as much support to the display.

It’d be nice if Dell offered users a choice of styles, but I suppose if you really want an XPS 13 laptop with a convertible design rather than a detachable, you could always opt for an older model with an 11th-gen or earlier Intel processor.

Dell’s new 2-in-1 tablet also supports an optional pressure-sensitive pen, but that’s sold separately, so you’ll have to pay extra for a pen.

The Dell XPS 13 2-in-1 tablet has a 5MP front-facing camera paired with an IR camera for facial recognition. It also has an 11MP rear camera, something that helps differentiate this tablet PC from Dell’s clamshell-style laptops, which typically do not have world-facing cameras.

Here’s a run-down of key specs for Dell’s new tablet.