Dell’s Chromebook 11 currently comes with a choice of an Intel Celeron 2955U Haswell or Core i3-4005U Haswell processor.

But soon you may be able to buy Dell’s 11.6 inch Chrome OS laptop with an Intel Celeron N2840 Bay Trail processor. 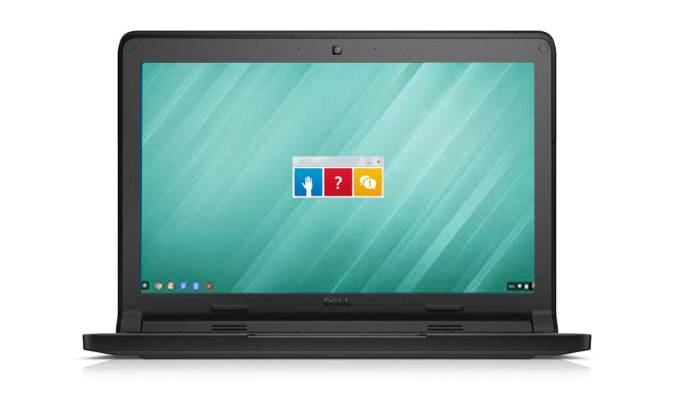 The folks at Notebook Italia spotted documents related to the new Dell Chromebook 11 3120 with a Bay Trail processor at Dell’s Swedish website.

Update: Notebook Italia has uncovered more details, plus a few pictures of hte laptop which will feature 801.11ac WiFi, and 2GB to 4GB of RAM.

The Celeron N2840 has a 7.5W TDP, which is half the 15W TDP for the Haswell versions. That could mean you’ll see longer battery life from this model. But I wouldn’t expect to see a huge difference: Dell’s model with a Core i3 chip already gets about 9 hours of run time.

Instead I suspect the biggest difference between the Bay Trail and Celeron models would be price: Intel’s Bay Trail chips cost less than the chip maker’s Haswell processors and that could allow Dell to offer this new model as a lower-cost alternative to its existing Chromebooks which currently sell for about $280 and up.

While you generally get better performance from a Celeron chip based on Haswell architecture than one based on Bay Trail technology, I’ve tested a few Chromebooks with similar chips and found them to be pretty useable machines… especially given their low price tags and long battery life.

According to Dell’s documents the chip may not be the only thing that’s different with the new models: there’s an optional SIM card slot for models that can connect to cellular networks.

Dell positions its Chromebook 11 laptops as devices for the education market, but they’re also available to consumers.