Dell is holding an event in New York next week where the company is expected to launch a new line of tablets, including an 8 inch model with an Intel Atom Bay Trail processor. But according to a few leaked details, it looks like the company could have a few larger models up its sleeve.

Dell hasn’t made any official announcements yet though, so take this with a grain of salt. 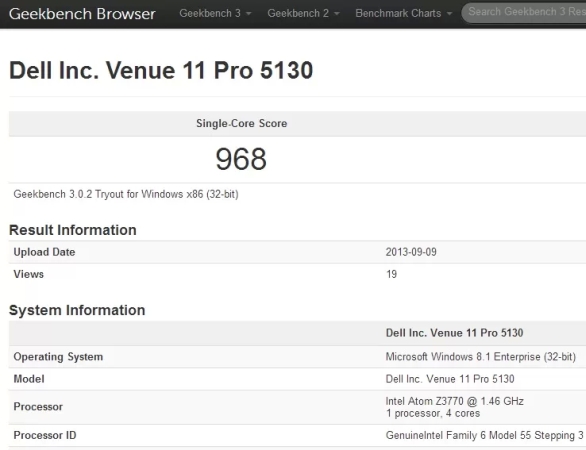 Both models would offer up to 10 hours of battery life, feature 1920 x 1080 pixel displays, and 2GB of RAM. But the Dell Venue 11 Pro would feature a 64GB solid state drive and optional 4G LTE support, while the entry-level model would be a WiFi-only tablet with 32GB of storage.

The Dell Venue 11 Pro is expected to have an Intel Atom Z3770 quad-core processor and Windows 8.1 32-bit software. TabTech reports it could also have a user-replaceable battery and optional accessories including a desktop dock and a keyboard dock (with an extra battery for up to 19 hours of run time).

The Pro model is expected to sell for as little as $399. There’s no word on how much the Qualcomm-powered model would cost, but it’s safe to guess it’d be less than that.

If these details are true, it would suggest that Dell isn’t giving up on Windows RT altogether. The company stopped selling its first Windows RT tablet this week.

Windows RT 8.1 looks virtually identical to Windows 8.1, but it’s designed to run on devices with ARM-based processors. Microsoft also imposes more restrictions: for instance, you can’t easily install apps on Windows RT unless they come from the official Windows Store.

On the other hand, it’s possible that some of these leaks only point to prototypes which will never become real products… or they could be fake.