Dell’s first virtual reality headset will be available October 17th, but you can pre-order the Dell Visor starting today for $350 and up.

That would all probably be a little more exciting if we weren’t expecting a bunch of other headsets with nearly identical specs to hit the streets October 17th as well. That’s when the Windows 10 Fall Creators Update launches, and Microsoft says we can expect to see Windows Mixed Reality headsets from companies including Acer, Asus, Dell, HP, and Lenovo with prices starting at $299. 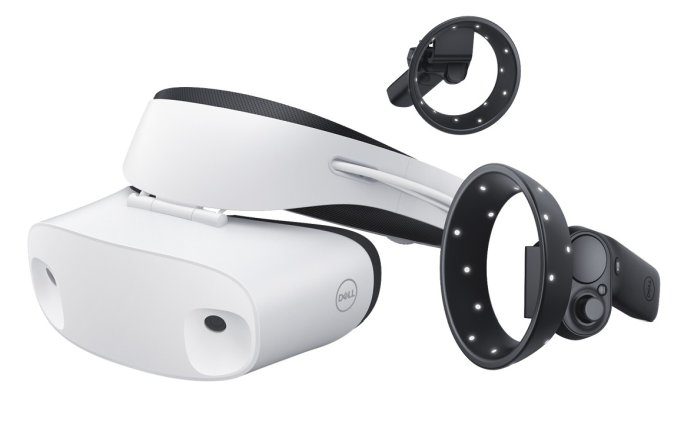 Like all headset based on Microsoft’s guidelines, the Dell Visor features two 1440 x 1440 pixel displays and inside-out tracking for 6 degrees of freedom motion tracking without the need for external cameras or sensors.

The headset is designed to connect to a PC via USB 3.0 and HDMI cables, and it has a 110 degree field of view and 90 Hz refresh rate.

What sets one company’s Mixed Reality headset apart from the others mostly comes down to physical design. Dell’s model has a flip-up front section that lets you lift the visor away from your eyes without removing it, comfortable padding, and a system for keeping the wires positioned toward the back of the headset.

The $350 starting price gets you just the headset. But you can pay $450 if you also want a set of wireless motion controllers (which are also sold separately for $100). The motion controllers are literally exactly the same as those available for any Windows Mixed Reality headset, so you don’t really need to buy the controllers and headset from the same company if you don’t want to.