The Dell Venue 8 7000 Series was one of the most unusual Android tablets to launch in 2015. It’s a slim tablet that measures less than a quarter of an inch thick and which has a high-resolution 8.4 inch, 2560 x 1600 pixel AMOLED display,

But what really makes it stand out is the Intel Atom Z3580 Moorefield processor and Intel RealSense camera with support for capturing images with depth information… so you can edit the depth-of-field after a picture has been snapped.

Those features weren’t cheap though, and the Venue 8 7000 was priced at $399 and up when it launched a year ago, making it pretty expensive for an Android tablet. Now you can grab one for about half the original price. 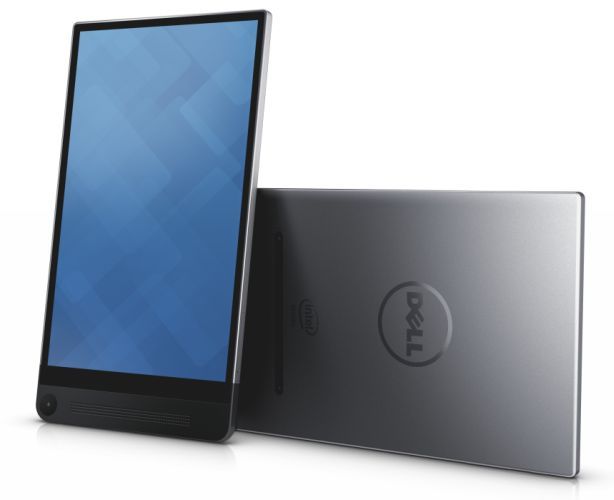 Dell is now selling the Venue 8 7000 Series for $199 and up, and other retailers including Amazon are also showing the new price.

The tablet features 2GB of RAM, PowerVR G6430 graphics, a microSDXC card reader, an anodized aluminum case, and a battery that Dell says should be good for up to 9.5 hours of run time from the 5,900 mAh battery. It supports 802.11ac WiFi and Bluetooth 4.1.

When the tablet first launched, it shipped with Android 4.4 KitKat, but it now comes with Android 5.0 Lollipop which is slightly less outdated.

In addition to the 8MP RealSense camera on the back, the Dell Venue 8 7000 Series tablet has a 2MP front camera. But it’s the depth-sensing camera which really makes this tablet unusual, as I found out at the 2015 Consumer Electronics Show: