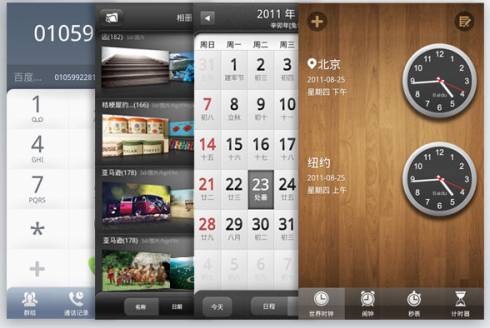 Computer company Dell may be based in Texas, but the company has big plans for China. It seems fitting, since one of Dell’s main competitors in the US is Lenovo — a Chinese company. Earlier this year Dell announced that it was launching its first 10 inch Android tablet in China before bringing the device to the US and other markets. Now it looks like Dell is also planning to launch a tablet in China using the new Baidu Yi operating system.

Baidu is often referred to as the Google of China. It’s the dominant search engine in the country, and recently the company announced plans for the Baidu Yi operating system for phones and tablets. Baidu Yi is based on the open source Android operating system, but the user interface has been redesigned, the default search tools have clearly been changed from Google’s to Baidu’s. Users will also get a large amount of storage space for email, photos, and other data.

Reuters reports there are more than 900 million mobile phone customers in China, but the tablet space is still young. Will a partnership with the country’s dominant search engine give Dell a leg up on the competition? It’s too early to say, but at least it’s good to see some regional variation in the tablet space. It’s starting to get a little boring seeing 10 inch Honeycomb tablet after 10 inch Honeycomb tablet.