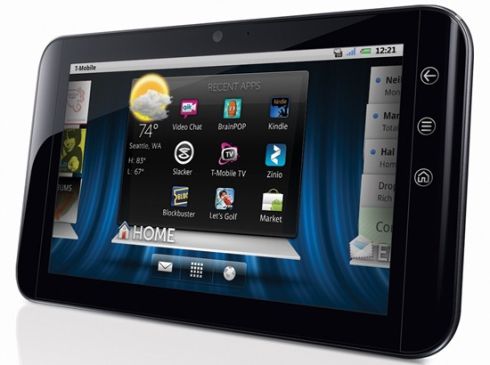 While T-Mobile is getting ready to launch the G-Slate later this year, it looks like the first 4G tablet available from T-Mobile USA will be the Dell Streak 7. The folks at TmoNews got their hands on a document showing that the 7 inch Android tablet will be available from the wireless carrier starting February 2nd.

The Streak 7 will look a lot like a larger version of the current Dell Streak 5 inch tablet and will feature the same Dell Stage software running on top of Android 2.2. But under the hood the new model will have a faster NVIDIA Tegra 2 dual core processor. It will also connect to T-Mobile’s HSPA+ network for mobile broadband speeds up to 21Mbps.

TmoNews also received a tip that the Samsung Galaxy Tab would reach its End of Life at T-Mobile at the end of January. If that’s true, it will likely be replaced by a new model soon — possible with 4G capabilities. Verizon has already announced plans to offer a Galaxy Tab with 4G LTE connectivity.