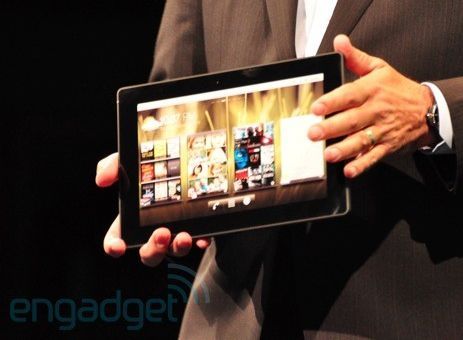 The Dell Streak 10 Pro will be the first Android tablet from Dell with a 10 inch display. The company will target “prosumers” with the tablet, which explains the name a bit. What it doesn’t really explain is why Dell has announced that the tablet will launch in China before it’s available in North America or Europe.

We’ve seen Lenovo take a similar approach with recent tablets and phones, but that makes sense because Lenovo is based in China. Dell is based in Texas.

But Dell explains there are two key reasons for launching the tablet in China before it’s available in North America, Europe, or Japan.

In other words, Dell still needs time to work out the software kinks before bringing the tablet to developed markets. But a Dell exec also tells the folks at CNET that distribution is much simpler in China where device makers don’t have to fight with wireless carriers on pricing models that don’t make sense.

The Dell Streak 10 Pro will be available in China later this year. The tablet is expected to run Google Android 3.x Honeycomb and feature a 1280 x 800 pixel display, but Dell’s remaining tight-lipped on most of the specs.