A few days after showing a series of pictures of a Windows smartphone that had been under development by Dell, Evan Blass has a more detailed look at the phone/PC hybrid that never made it to market.

It was called Dell Stack, and it wasn’t just a phone… it would have been a whole ecosystem of devices powered by a pocket-sized device (assuming you have fairly large pockets, since the phone had a 6.4 inch display).

Notice I’m talking in the past tense? That’s because there’s a chance this project has been cancelled… but Blass notes that it’s also possible that Dell could still be working on the Dell Stack and may still plan to launch it at some point.

At a time when most smartphones offer some sort of cloud sync features (snap a photo on your phone and it’s automatically backed up to the internet, purchase music from iTunes and it’s automatically available on your iPhone, iPad, and Mac), Dell Stack seems like a kind of anti-cloud phone. There’s no need to sync your files between devices if your phone is the brains of all your devices.

So here’s the idea: Dell Stack is basically a 6.4 inch phone with an Intel Kaby Lake-Y series processor. Used on the go, the device would use about 3.5 watts. But plug it into a desktop dock and the processor could kick into high gear, drawing around 12 watts (or a little less than the 15 watts used by most of Intel’s Kaby Lake-U notebook processors). 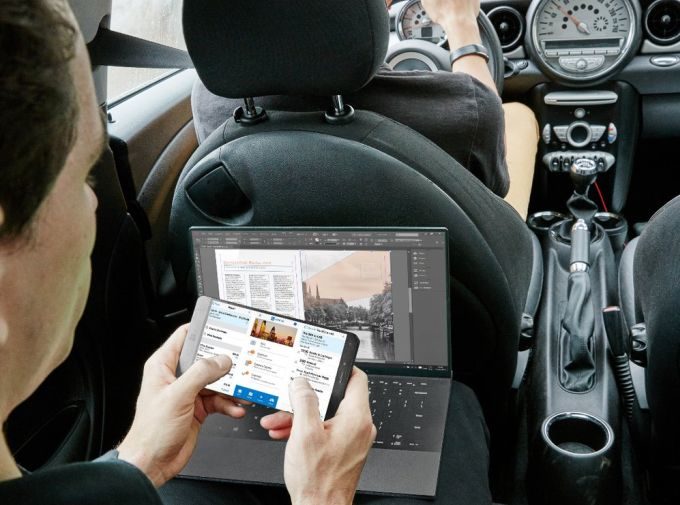 It’d also be capable of working with a laptop dock to provide a bigger screen, touchpad, and keyboard for on-the-go computing, or a tablet dock when you just want a bigger touchscreen display.

Dell Stack was designed to support 4GB to 8GB of RAM, 128GB to 256GB of storage, and a microSD card slot for removable storage.

While Dell Stack would be able to run full Windows desktop software thanks to its x86 processor, it’d also be able to function as a phone.

Blass says that was the original plan, anyway. But eventually Dell decided to increase the size from 6.4 inches to 7 inches, making the core of the Dell Stack experience more tablet than phone. 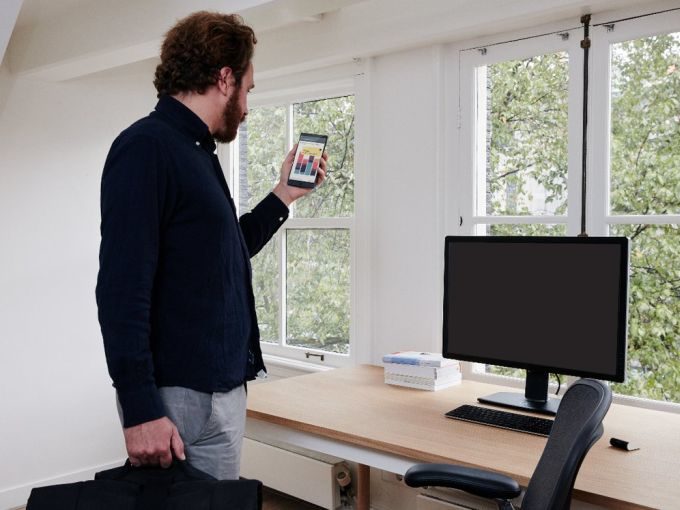 Dell isn’t the first company to envision a modular phone/tablet/notebook hybrid. The concept seems similar to the Asus Padfone and Motorola Atrix 4G devices which came before. But those were Android-powered devices with limited ability to run desktop-style software. Even Microsoft’s Continuum for Phone software which runs on modern devices like the HP Elite x3 suffers from an inability to run legacy Windows programs.

Interestingly, it seems unlikely that Intel’s decision to scrap its Atom chips for smartphones had much to do with the cancellation and/or delay of the Dell Stack, since it was never designed to use an Atom processor in the first place.